The Graph Network has launched on Ethereum mainnet and we need your help to ensure the security of the protocol! The Graph Bounty Program is launching to identify bugs and critical vulnerabilities in network infrastructure and smart contracts.Up to 0.5% of total Graph Token (GRT) supply is being allocated to reward successful bounty hunters. Please review program terms and scope below.

The Graph Bug Bounty Program is seeking researchers and developers to find and report any other vulnerabilities in the protocol infrastructure, including:

You can find all protocol components in the graphprotocol repo here.

There are three types of bounties that vary in bug severity and bounty size. P0 bounties are the most critical and will be valued the highest.

Vulnerabilities that could cause Indexer, Curator, Delegator or end-user funds to be exploited, stolen or locked up.

Vulnerabilities that could cause private user information (ie. keys, PII) to be stolen.

Vulnerabilities that could cause the protocol or query market to "halt" or liveness of the protocol to be impacted.

Determinism bugs that could lead to incorrect or inconsistent query results by Indexers in the network.

Vulnerabilities that could degrade the indexing or querying service.

There are several known potential exploits on Ethereum and The Graph infrastructure. Bounty hunters will not be rewarded for reporting these:

Bugs should be reported by submitting the Bounty Reporting Form or email [email protected] directly for critical vulnerabilities. All bounty hunters must abide by rules when reporting bugs to be eligible for rewards. We appreciate your cooperation. 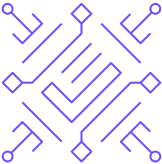 Overall, reporting of any bug that impacts the security of The Graph will be rewarded. Rewards will range between $100 - $50,000 USD worth of GRT, at the public GRT Sale price. Rewards will depend on bug severity and complexity, as determined in The Graph’s sole discretion, the thoroughness of the reporting and cooperation.

If you or your company were employed for a security audit on The Graph within the last 6 months rewards may be decreased accordingly. The Graph Bounty Program rewards will be distributed at The Graph's discretion.

All bounty hunters must successfully KYC at https://register.thegraph.com to be eligible for rewards. The Graph has the right to disqualify any contributor at any time if their behavior is deemed harmful or malicious to The Graph Network or its users, or doesn’t follow the Bug Bounty Program rules and policies. For other eligibility questions, please contact [email protected].

We will not pursue civil action or initiate a complaint to law enforcement for accidental, good faith violations of this Bug Bounty Program. We consider activities conducted consistent with this policy to constitute “authorized” conduct under the Computer Fraud and Abuse Act (CFAA). To the extent your activities are inconsistent with certain restrictions in our Terms of Service, we waive those restrictions for the limited purpose of permitting security research under this policy. We will not bring a Digital Millennium Copyright Act (DMCA) claim against you for circumventing the technological measures we have used to protect the applications in scope. If legal action is initiated by a third party against you and you have complied with The Graph’s Bug Bounty Program, The Graph will take steps to make it known that your actions were conducted in compliance with this Program. If at any time you have concerns or are uncertain whether your security research may be inconsistent with or unaddressed by this Program, please inquire via [email protected] before going any further.

You are responsible for paying any taxes associated with rewards. We may modify the terms of this program or terminate this program at any time. We won’t apply any changes we make to these program terms retroactively. Reports from individuals who we are prohibited by law from paying are ineligible for rewards. Employees of The Graph and their family members are not eligible for bounties.