First things first, if you just finished deploying and publishing your subgraph in the Subgraph Studio, the Subgraphs tab on the top of the navigation bar is the place to view your own finished subgraphs (and the subgraphs of others) on the decentralized network. Here, you’ll be able to find the exact subgraph you’re looking for based on date created, signal amount, or name. 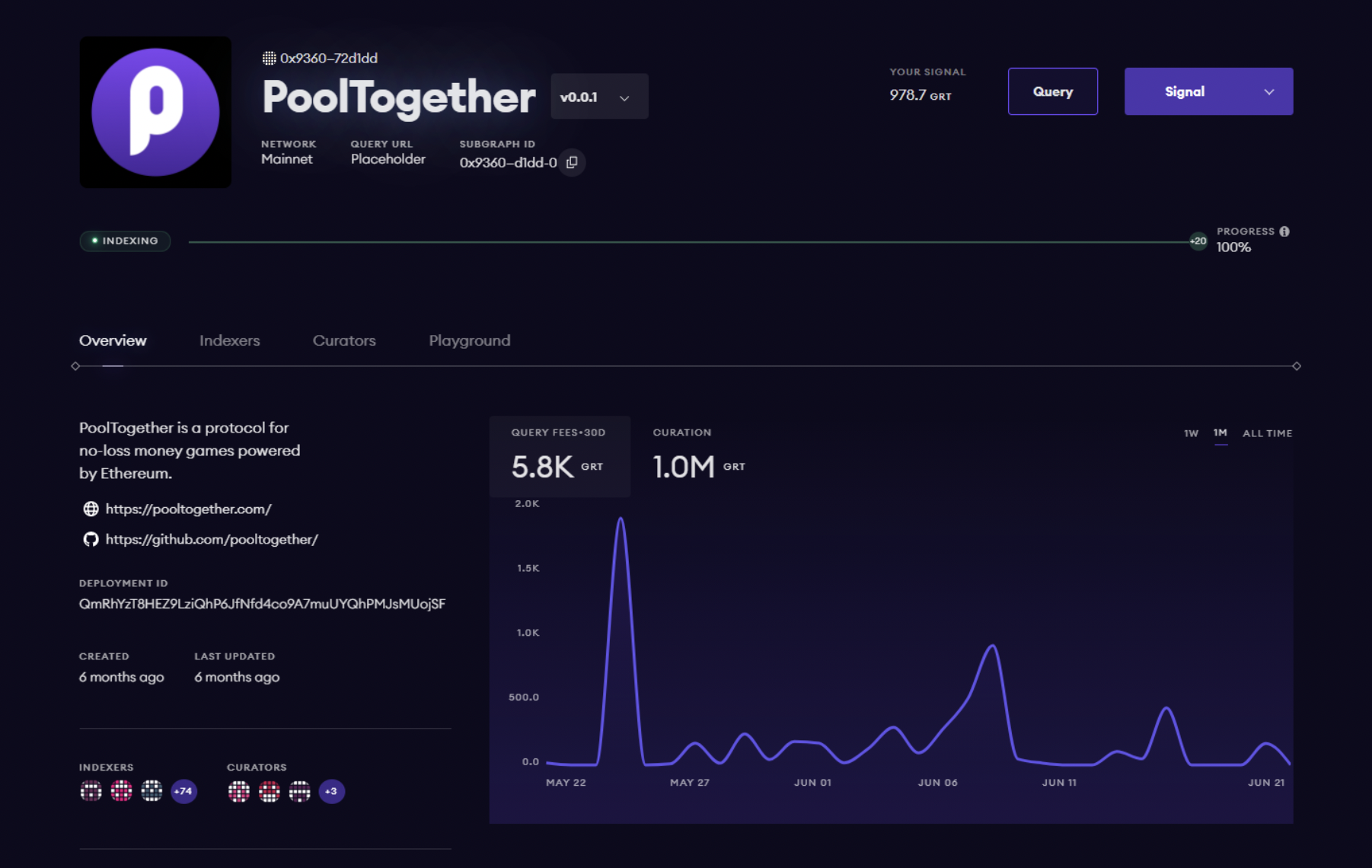 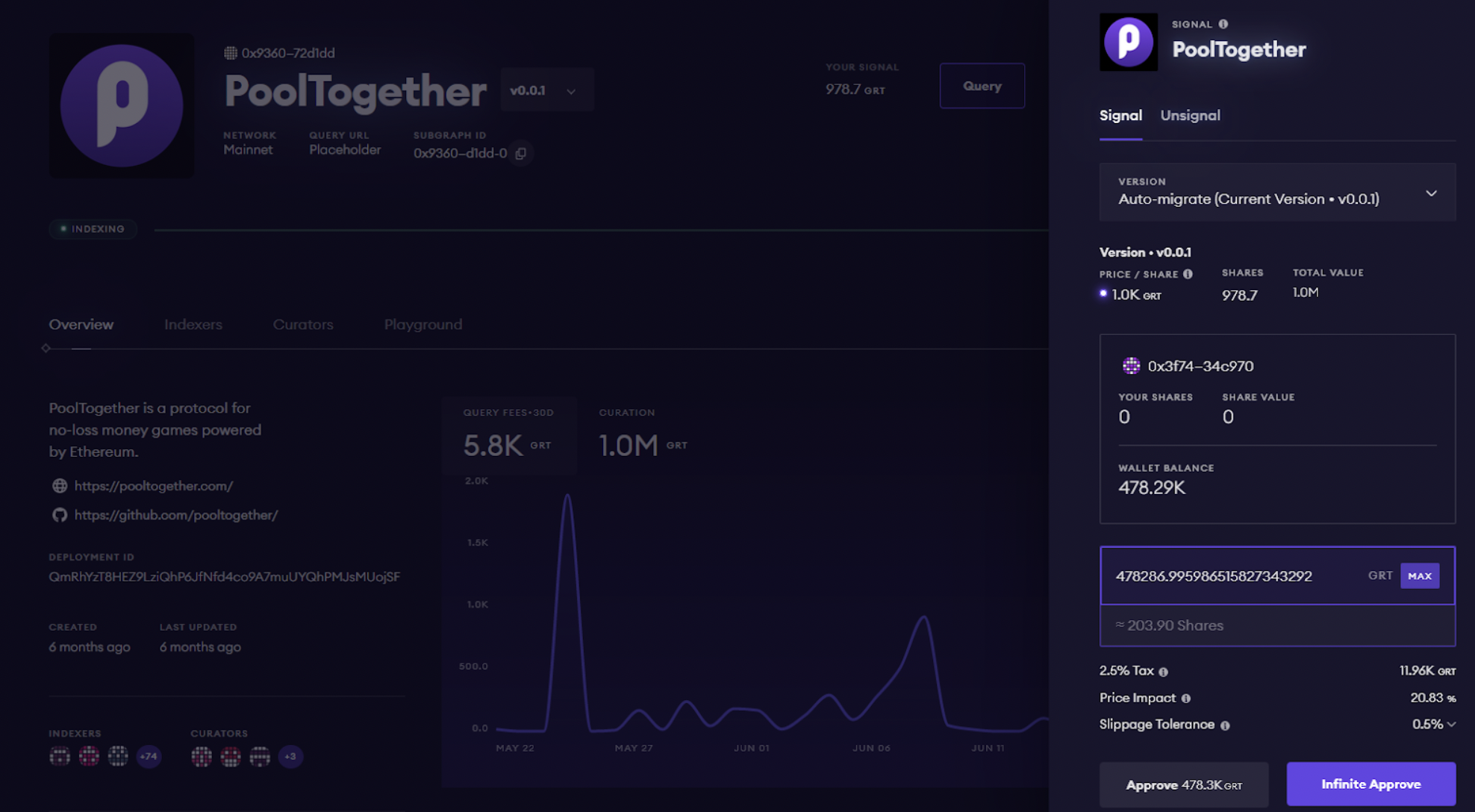 Within this tab, you’ll get a bird’s eye view of all the people that are participating in the network activities, such as Indexers, Delegators, and Curators. Below, we’ll go into an in depth review of what each tab means for you. 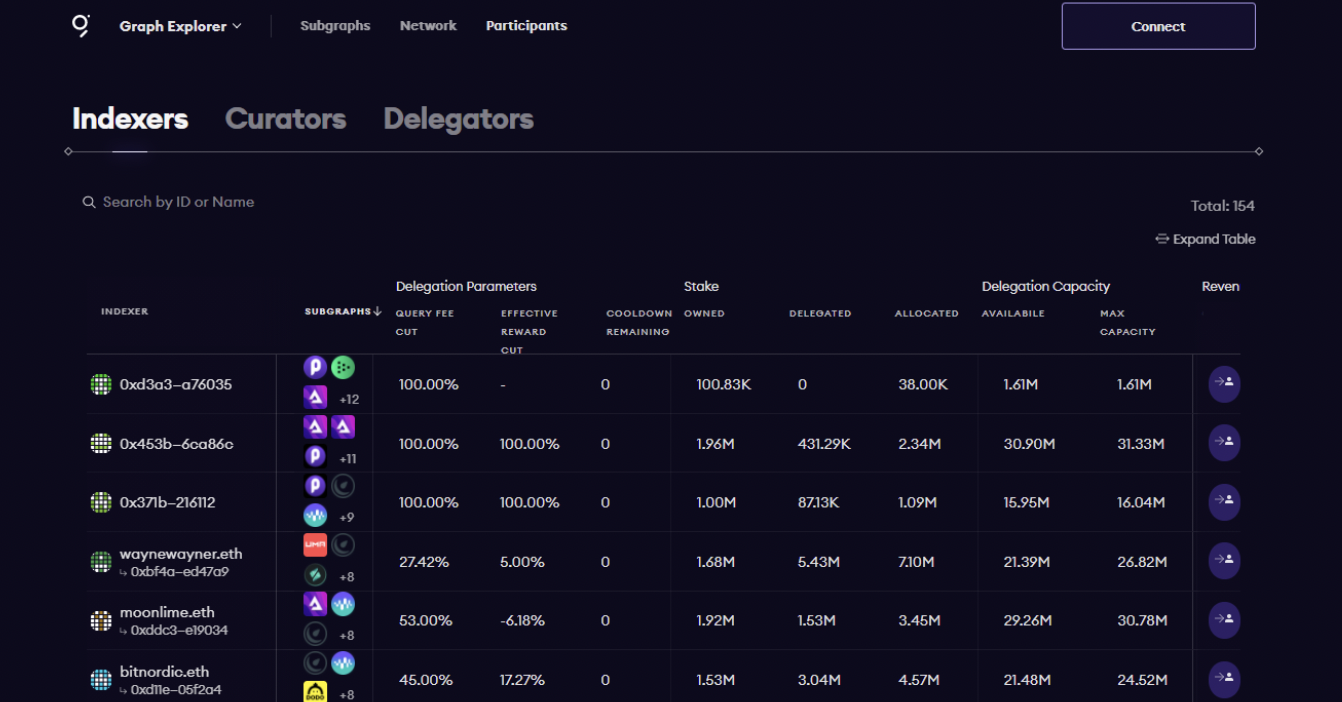 Indexers can earn both query fees and indexing rewards. Functionally, this happens when network participants delegate GRT to an Indexer. This enables Indexers to receive query fees and rewards depending on their Indexer parameters. Indexing parameters are set by clicking into the right hand side of the table, or by going into an Indexer’s profile and clicking the “Delegate” button. 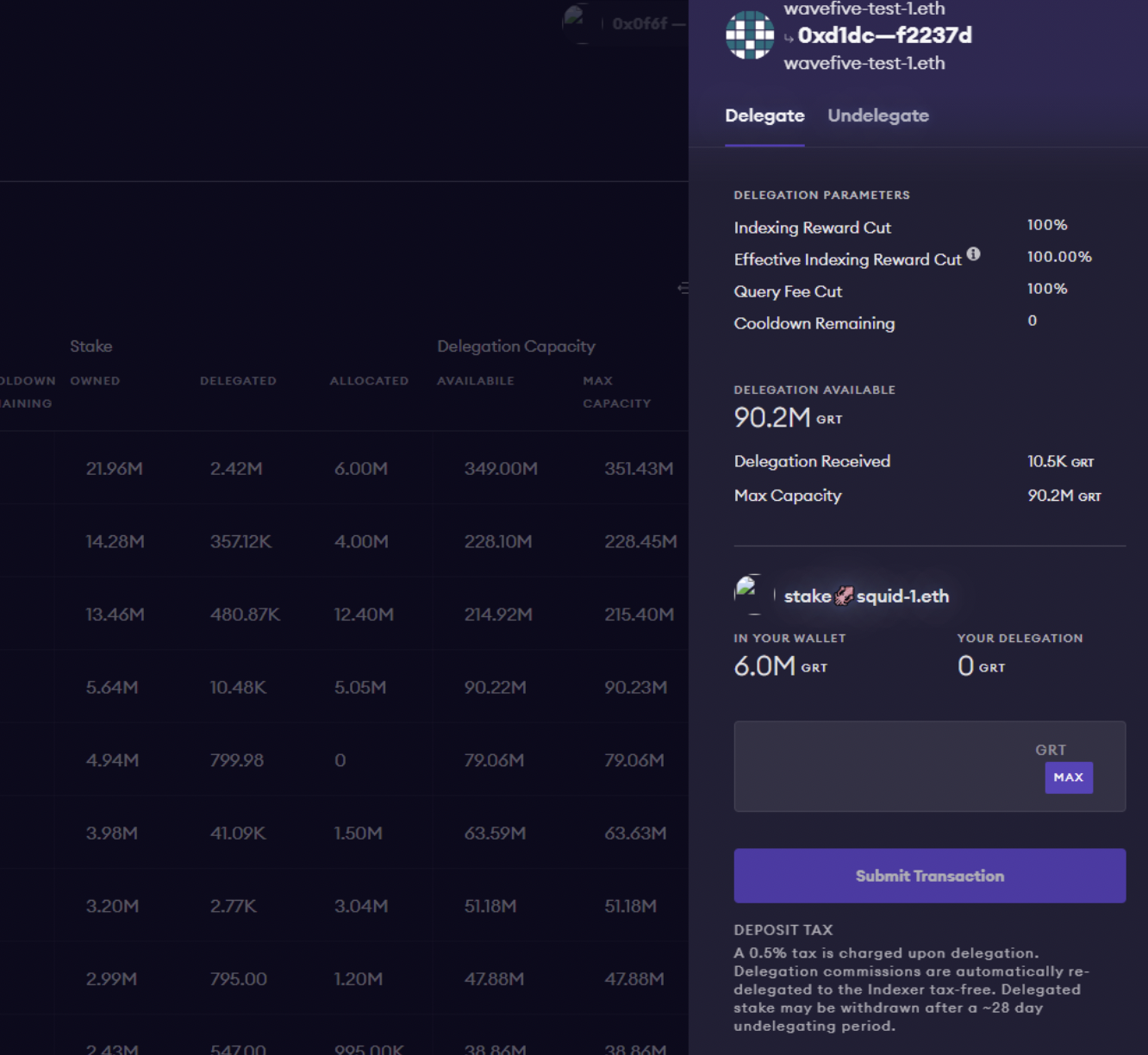 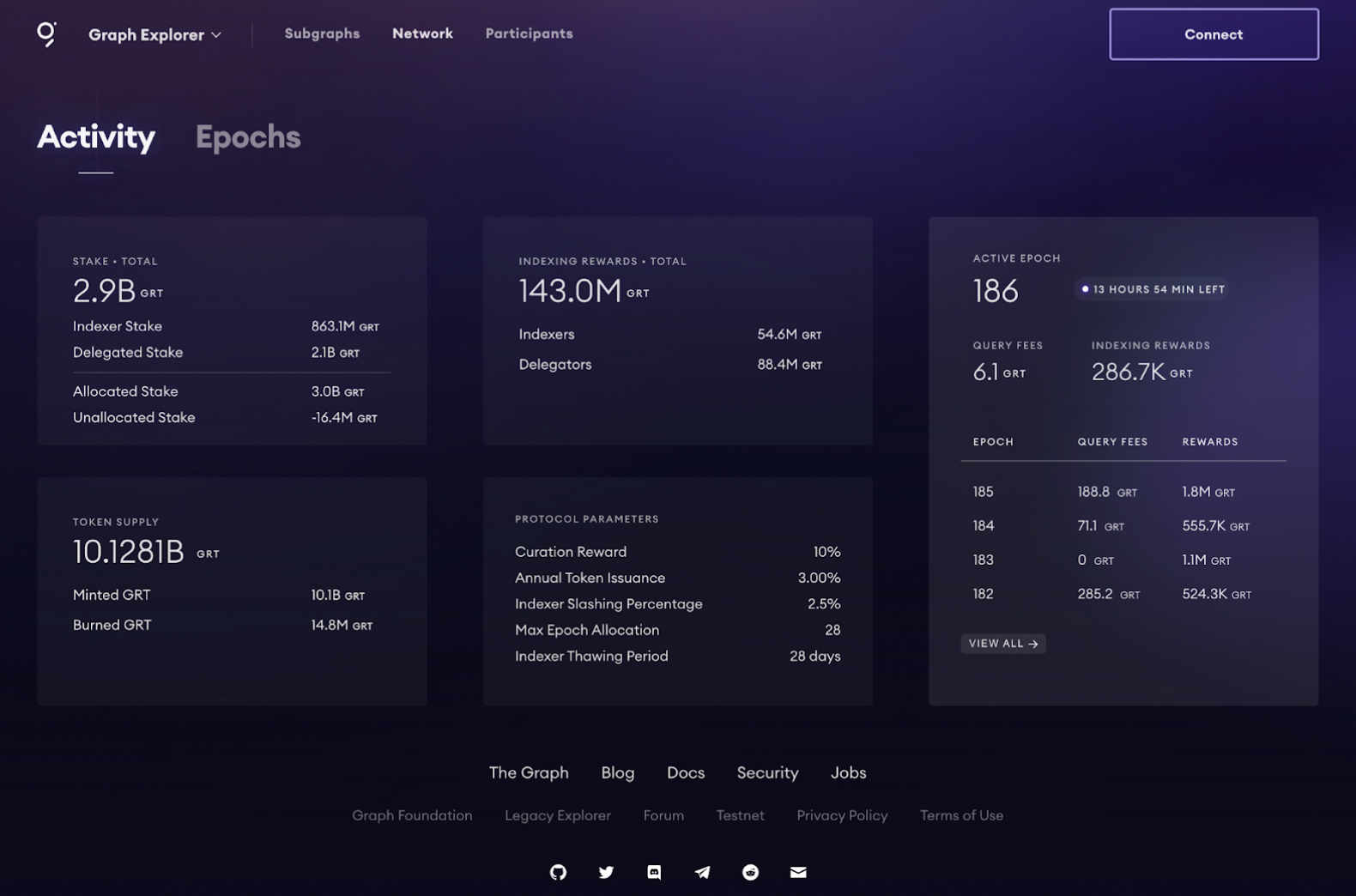 In the Epochs section you can analyse on a per-epoch basis, metrics such as: 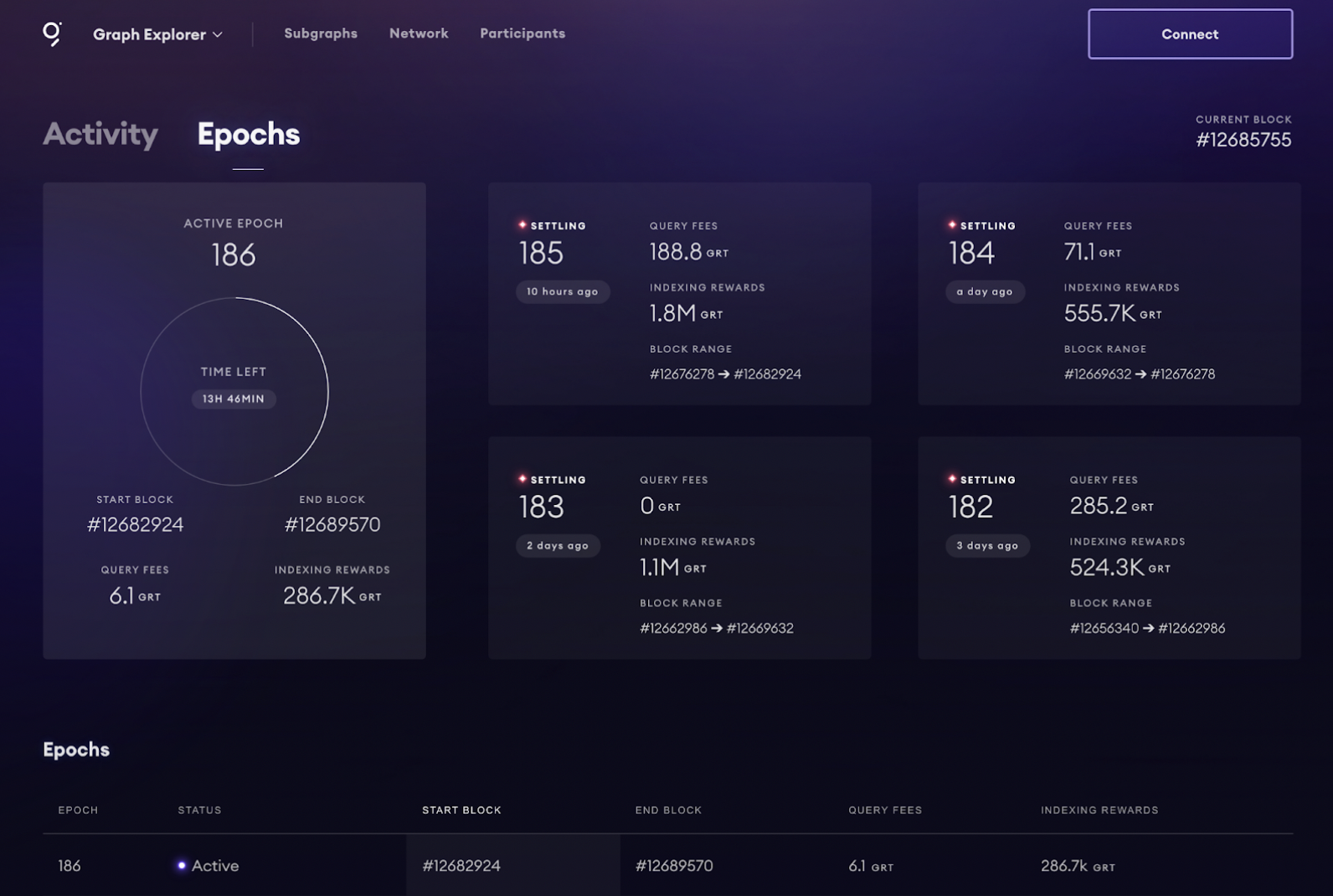 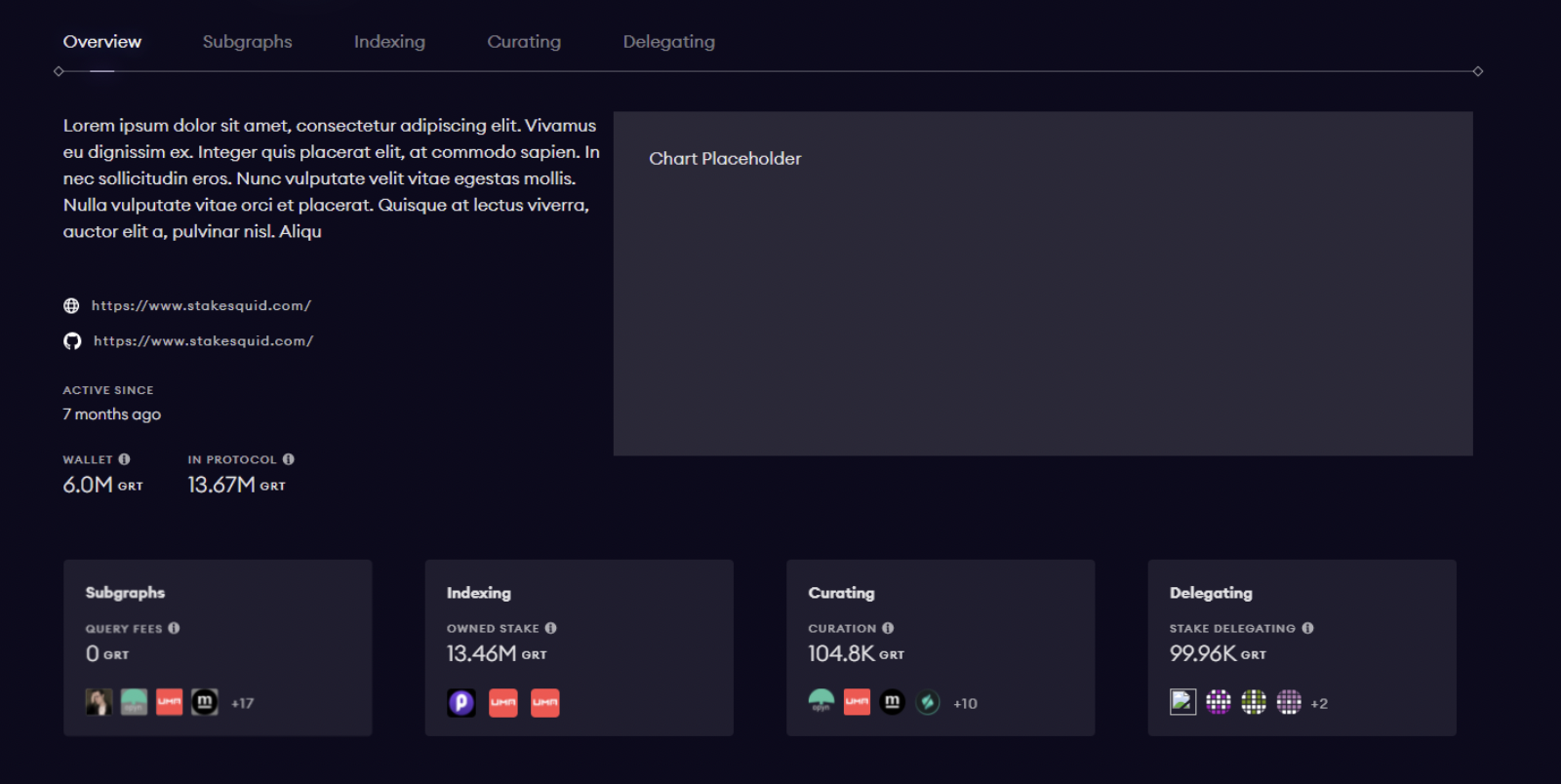 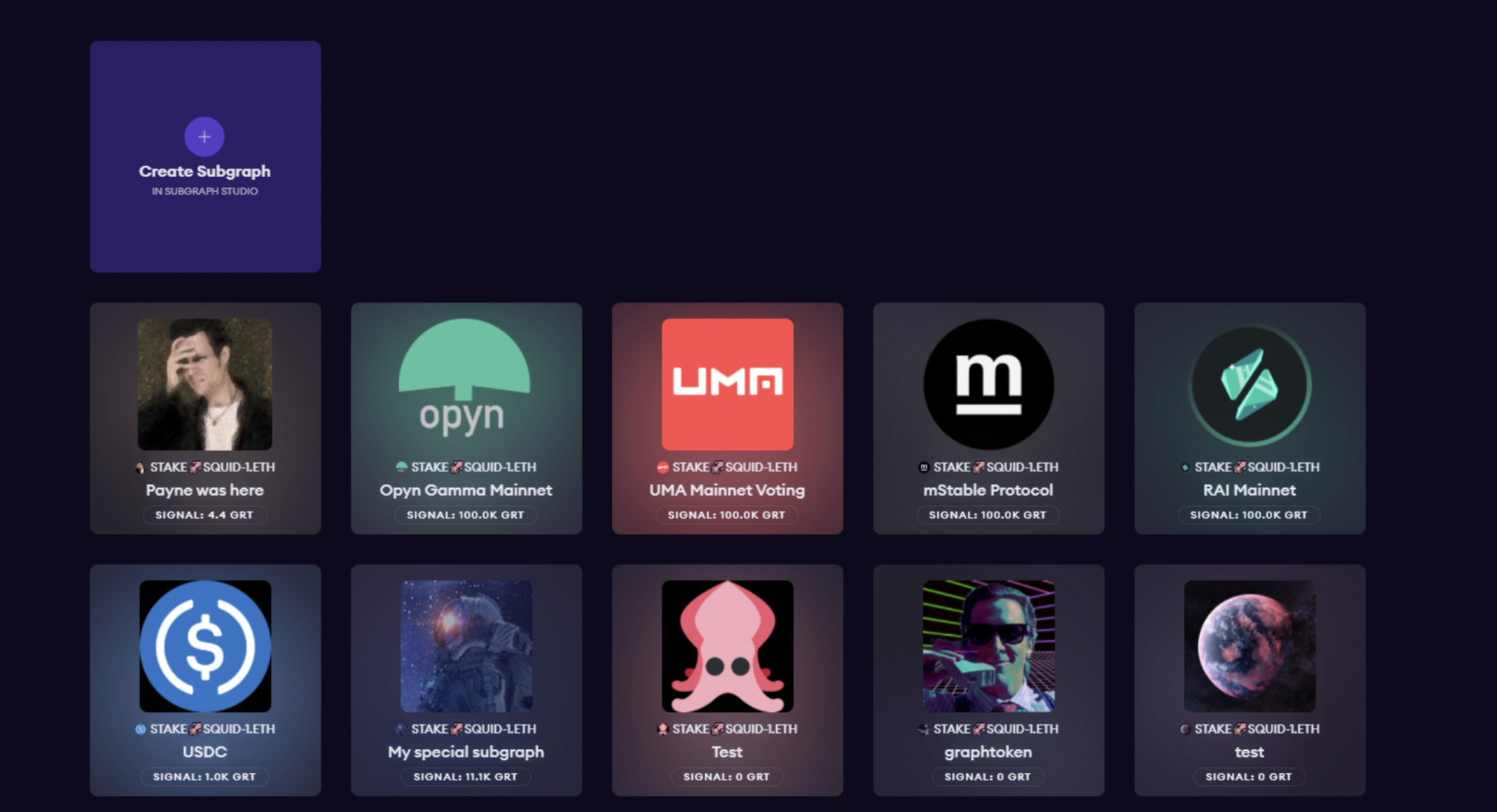 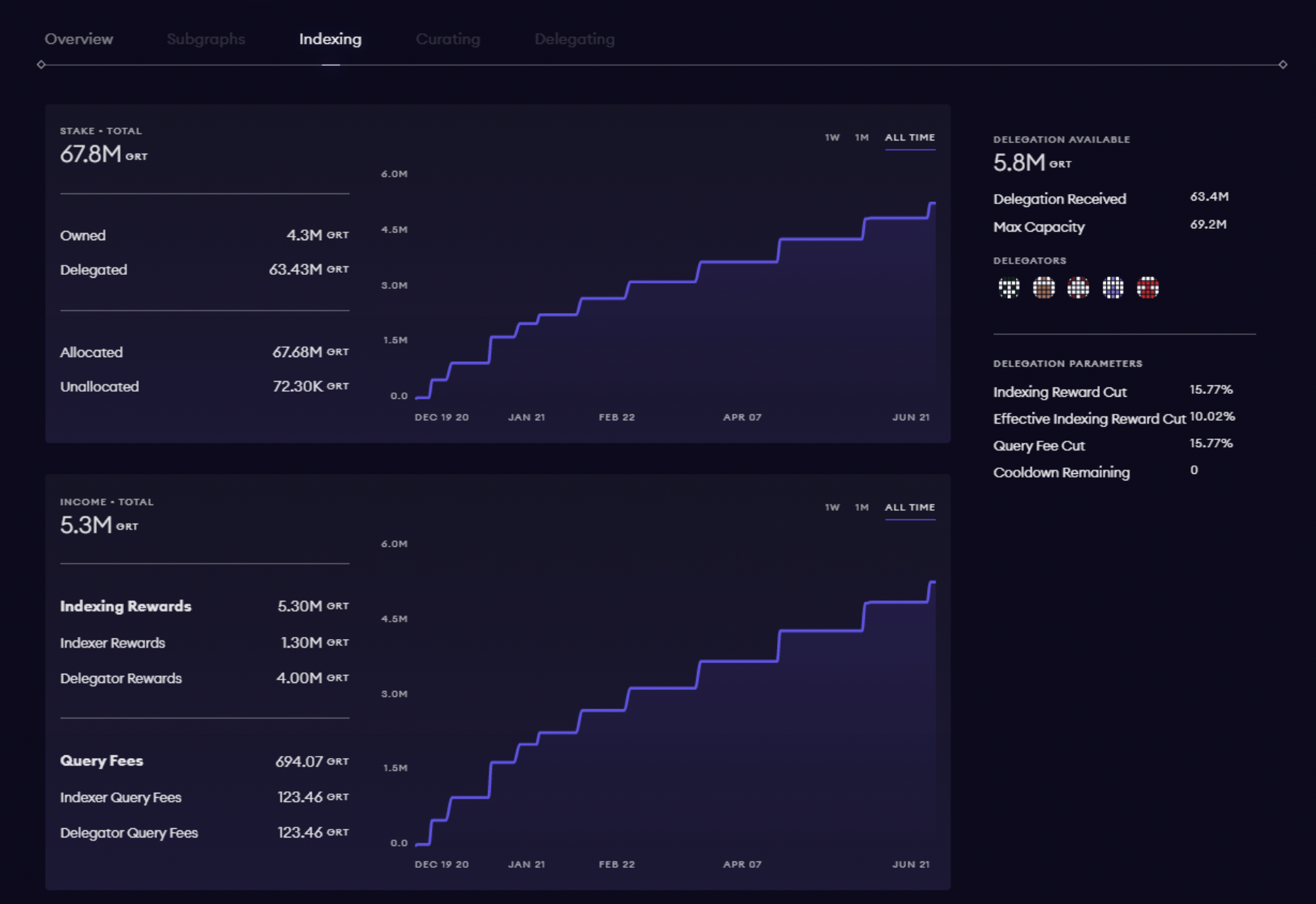 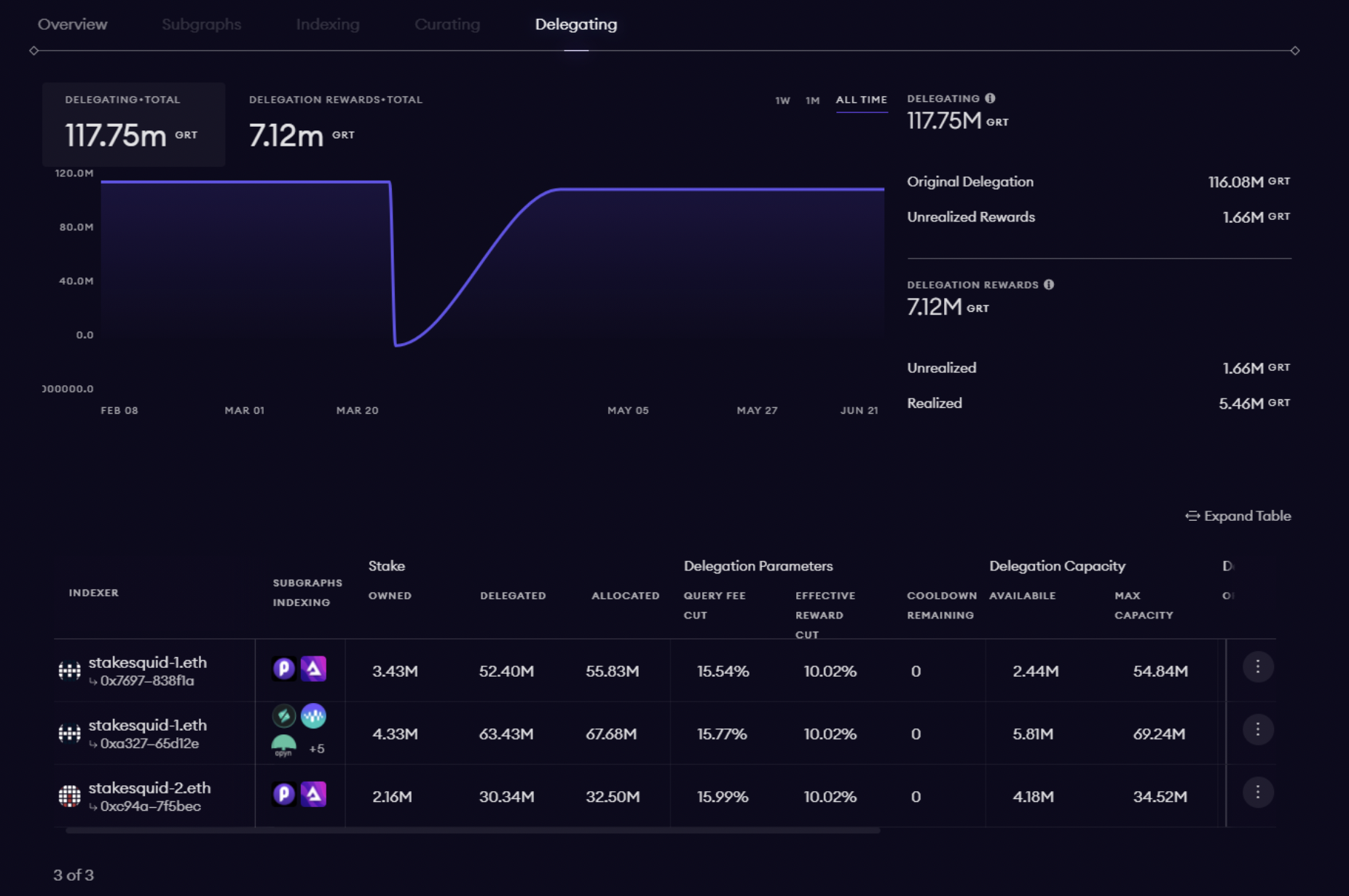 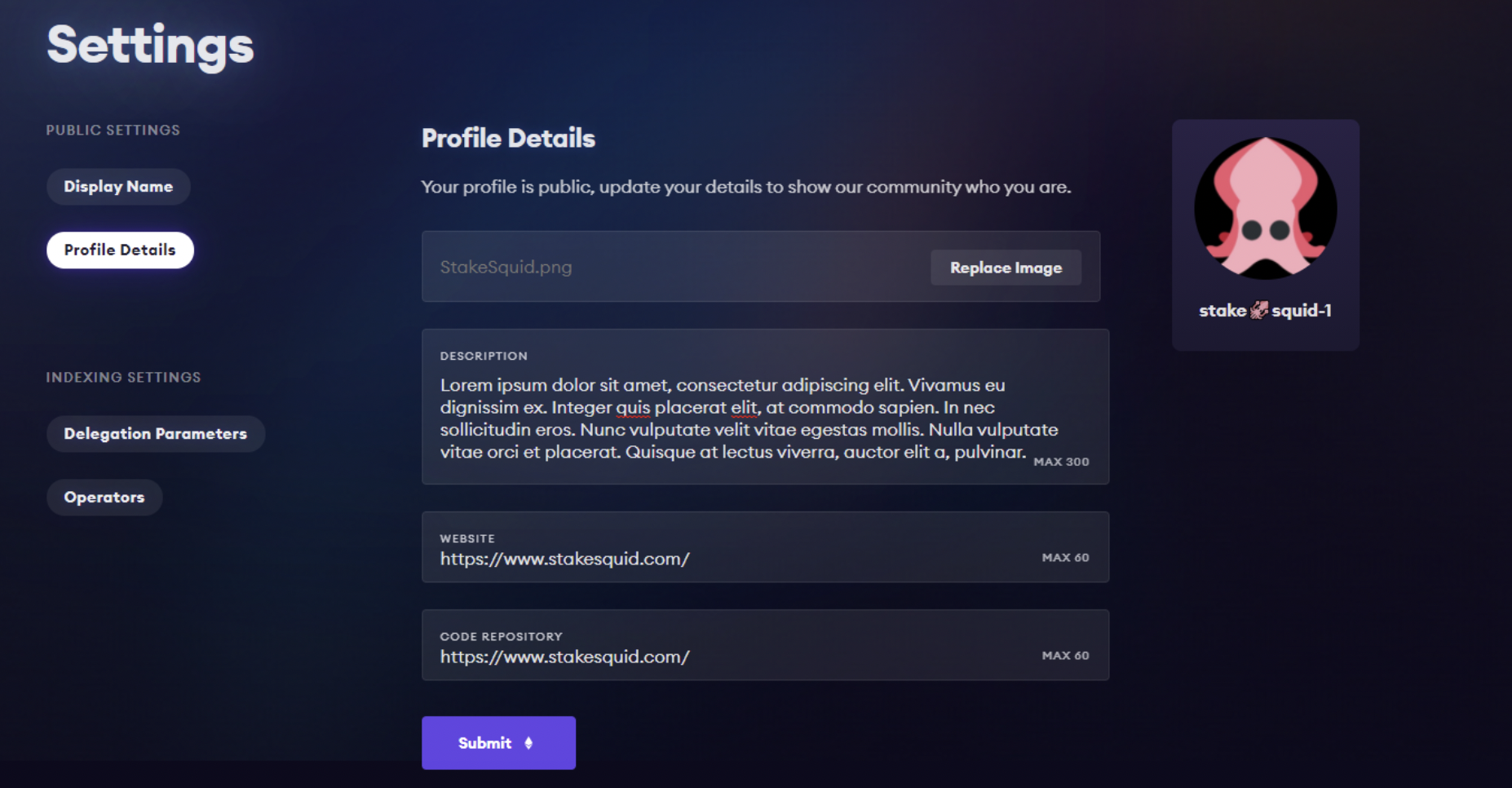 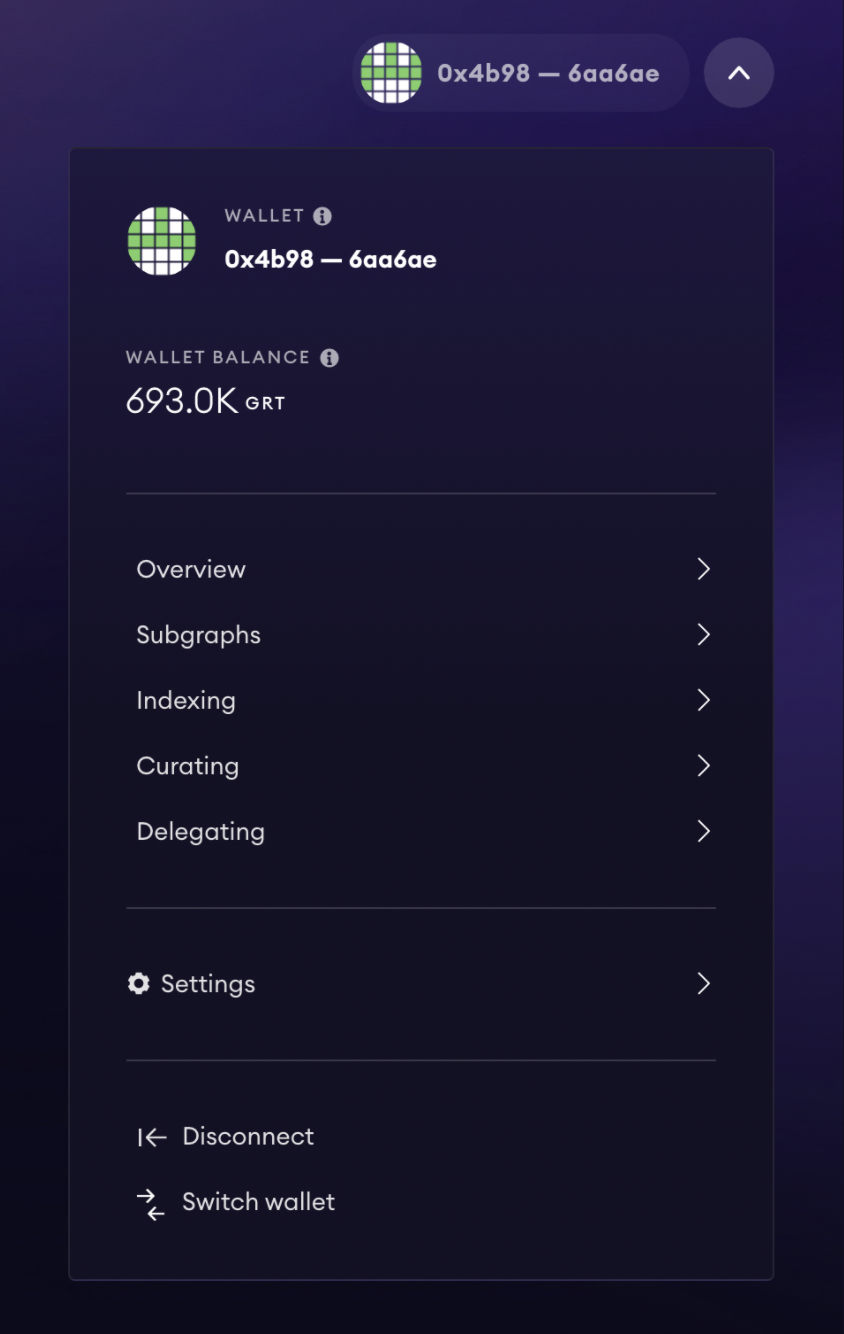