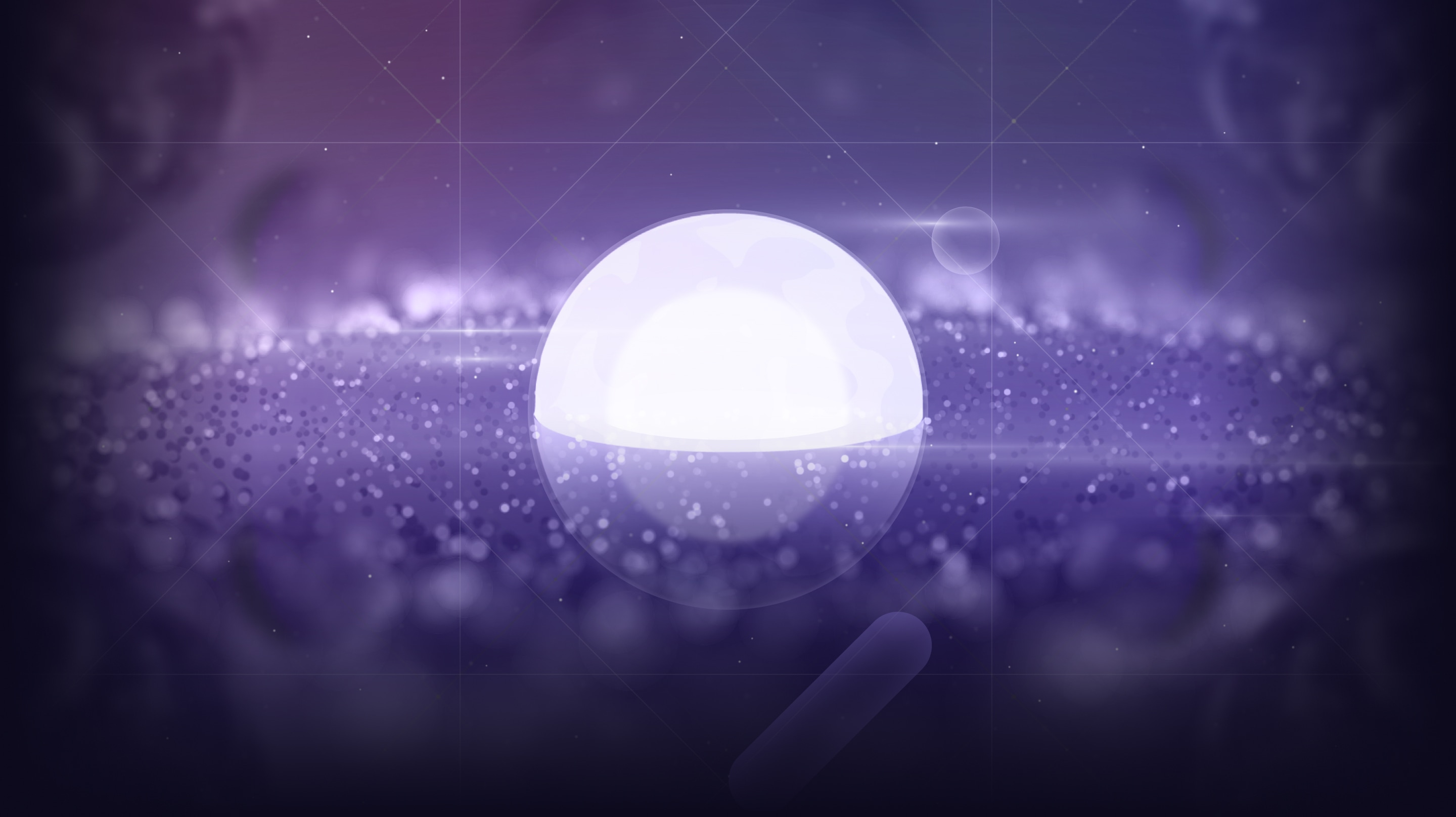 Now anyone can organize and curate data via subgraphs on the Graph Explorer and Subgraph Studio. The Internet will never be the same.

Curation is an essential component of the data economy. Data is the world’s most valuable asset – but only if it is useful, accurate, and reliable.

Centralized intermediaries that control the process of collecting and organizing the world’s data have grown immensely over the past decade, all at the expense of their users who supply that data in the first place.

Today, The Graph transforms data curation on the web. With the launch of curation, Graph Explorer and Subgraph Studio, data curation is now an open, competitive market. After years of hard work putting each piece of this infrastructure in place, we’re thrilled to announce this enormous milestone for Web3 and the Internet as a whole.

We believe that permissionless, open curation beats extractive algorithms and centralized decision making every time. We think that existing data intermediaries, who maintain full control over how information is served to their users - no matter how poorly they perform their centralized role - have run their course. Join us in this massive next step for the decentralized data economy.

Curation is live on the decentralized network with the launch of the Graph Explorer dapp and Subgraph Studio. Now anyone can permissionlessly deploy subgraphs (open APIs) and curate on subgraphs to earn query fees! Curation on The Graph is one of the first curation markets to go live on Ethereum at this scale.

There are 8 dapps currently relying on subgraphs in production on the decentralized network. Subgraphs are queried by dapps to fetch blockchain data to power their front-end interfaces. Now that subgraphs can be published to the network, developers and end-users can be sure that their app is relying on decentralized infrastructure with reduced central points of failure and greater uptime. Developers can use the new Subgraph Studio to test and publish subgraphs directly to The Graph Network.

Curators can now curate subgraphs by signalling on the best subgraphs in the Graph Explorer and earn a portion of query fees. Curation is critical to the Web3 ecosystem to ensure that the highest quality data on The Graph is surfaced to developers and Indexers. Read on to learn how to become a curator and signal on subgraphs as they migrate to the decentralized network. It is now possible to take part in the decentralized data economy and earn for your contributions.

The Graph Explorer and Subgraph Studio were developed by the team at Edge & Node working closely with The Graph community.

Similar to leaving restaurant reviews on Yelp or upvoting posts on Reddit, curation is a decentralized form of platform governance to ensure quality and accuracy of information. However, Web2 curation relies on centralized intermediaries or in-groups while in Web3 we aim to create free markets so anyone can be a Curator. One kind of curation market you may be familiar with is known as a Token Curated Registry (TCR), which was first introduced in the Ethereum community in 2017. In The Graph, Curators play the role of signalling to Indexers which subgraphs are most important to decentralized applications.

The earlier you are able to curate the better. Curators stake GRT to signal on subgraphs they believe provide the greatest utility and have high quality and reliability. Once a Curator stakes GRT, signal is minted along a bonding curve such that the impact of additional signal can vary, so it’s important that a Curator understands the utility and bonding curve dynamics of the subgraph they’re signalling on, including the risk that they could lose staked GRT. Signal indicates to the network’s Indexers which subgraphs they should prioritize for indexing and processing queries. Curators earn a portion of the subgraph’s query fees and are thus incentivized to support the subgraphs that power the most used applications. Currently the Curator’s cut is 10% but is subject to protocol governance. To mitigate spam and economic attacks, Curators also pay a small Curation Tax that burns a portion of staked GRT. Read more about Curation mechanisms here.

With a community of over 2,000 Curators that participated in the Curator Program, we’re excited for Curation to be live. Being a Curator is a non-technical role, anyone can be a Curator by simply assessing which subgraphs would be most useful to dapps and end users - such as those providing data on DeFi trade volume, NFT marketplaces, DAO voting results and more! Evaluate a subgraph’s query fees, the subgraph’s details, accuracy of data and project information. Visit the Graph Explorer and use your expertise to curate on a subgraph you believe in long-term!

“The Graph is without a doubt one of the most complex protocols on any blockchain. These products hide the complexity of interacting with the network behind a beautiful design and give developers, curators, and the rest of the community the tools they need to organize all of the data for the crypto economy.”

The Internet will never be the same

Today, we launch powerful new components that help achieve The Graph’s vision. With the launch of the Graph Explorer and Subgraph Studio we can now welcome Curators and Subgraph Developers to seamlessly participate in the network.

It has never been so easy to use or build an API. Whether you’re building a DeFi protocol or an NFT marketplace, a subgraph can be seamlessly published for your development needs. Best of all, others can also take advantage of your subgraph for their dapps, and pay fees for their queries. If you truly believe in your subgraph, you should curate on it so you can earn a portion of query fees as a result of others using that subgraph. By being Curators on their subgraphs, developers can benefit from the network effects of their hard work! 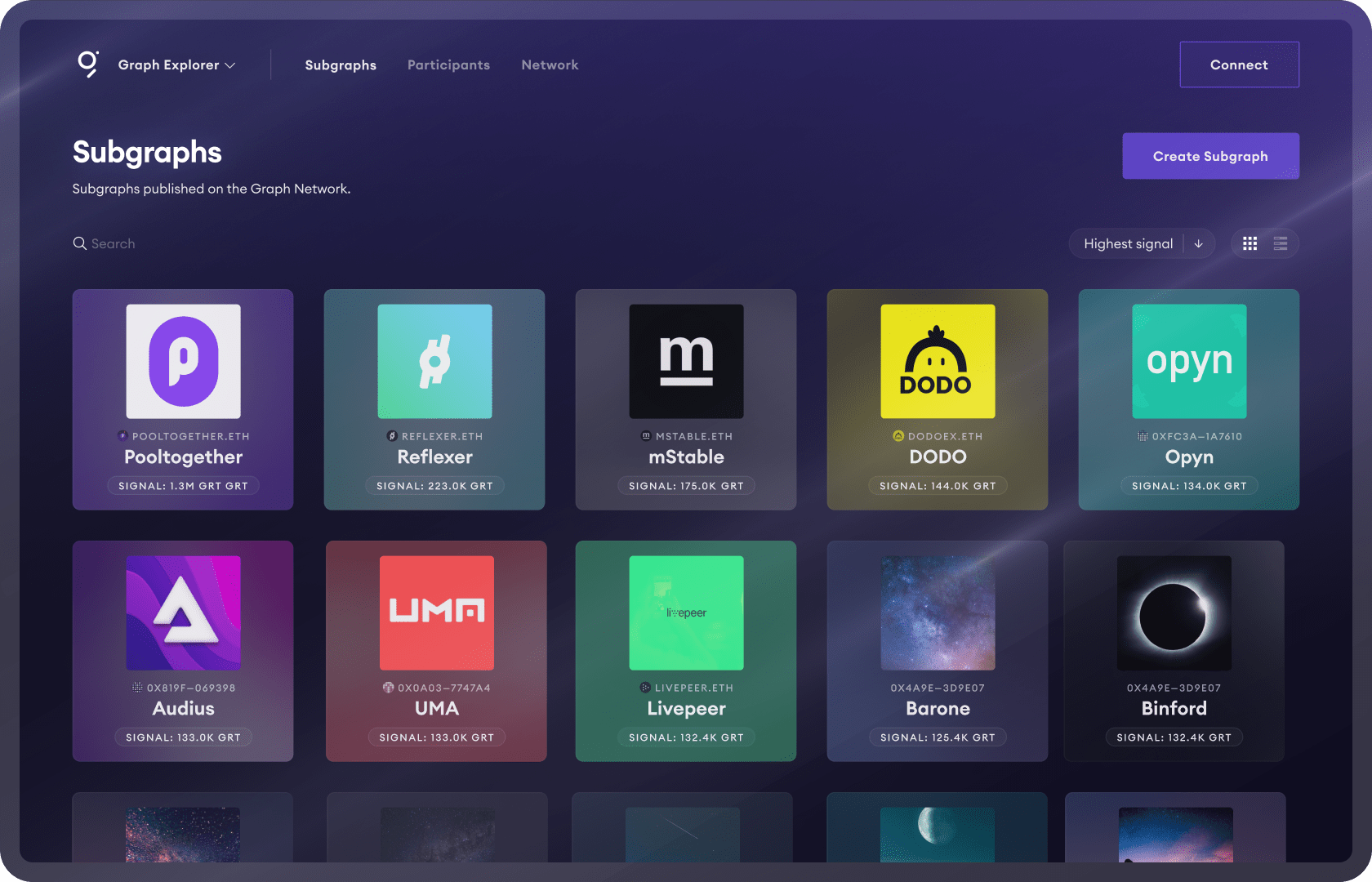 The Graph Explorer is the go-to source for information about subgraphs and the network.

If you’re a Curator, Indexer or Subgraph Developer, peruse subgraphs to see which are the highest quality and should be prioritized in the network. Curators and Indexers can stake on their preferred subgraphs that they believe will be most useful and will see the greatest query volume. Developers can learn more about each subgraph’s details for integrating with their applications. If you’re a Delegator, you might be more interested in viewing Indexer information like the subgraphs they’re indexing, total query fees earned and staking efficiency metrics.

Each subgraph in the Explorer will have details like the subgraph description, developers, project links, query fee data and charts, deployment ID, API endpoint and other metadata. The focus of these details is to empower The Graph users to make informed decisions about how to organize relevant and useful data in production on the network.

Subgraph developers can also manage their profile within their revamped user settings, where they can set their ENS name, add in their repo, and set profile details. 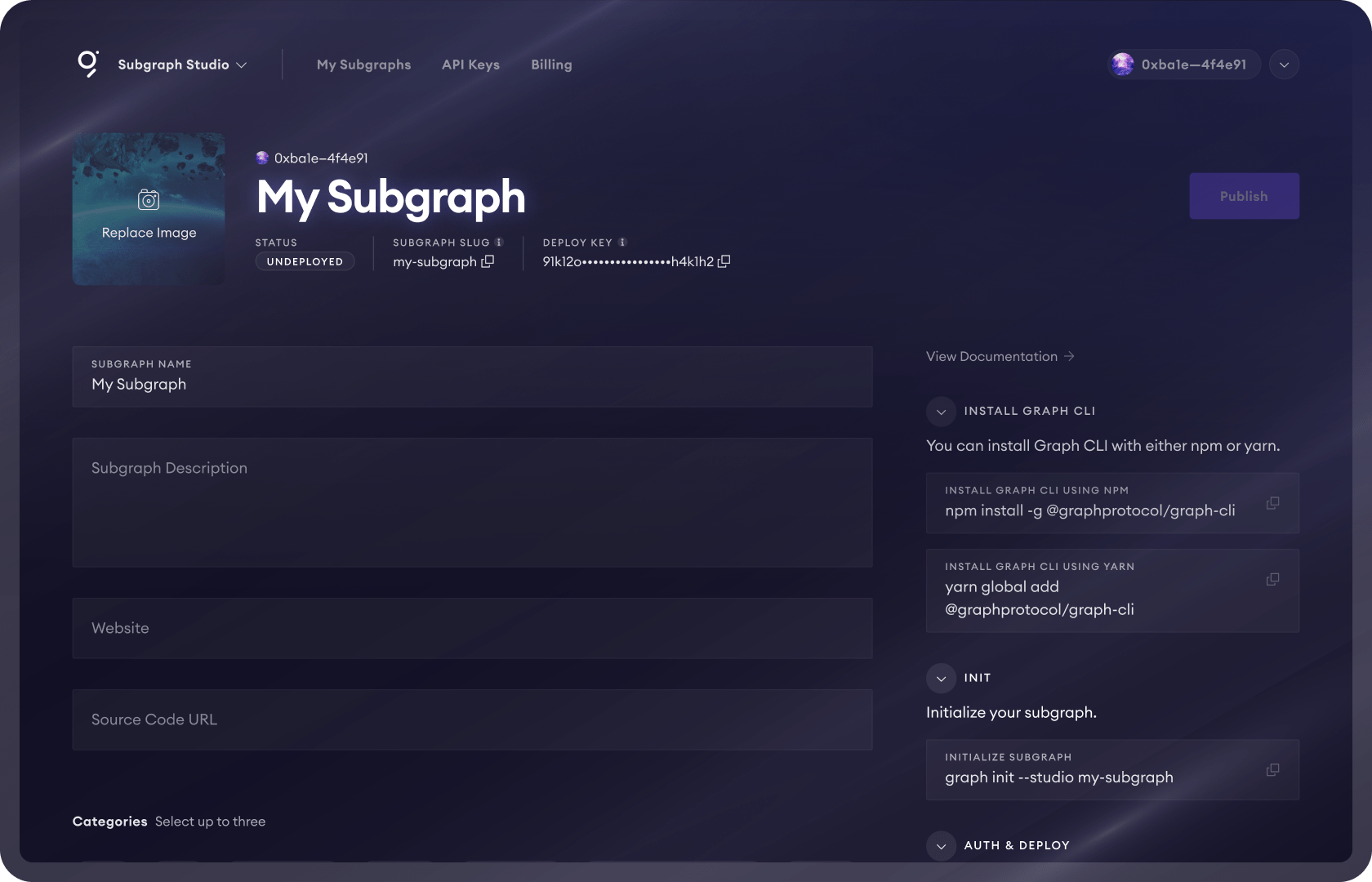 Publish a Subgraph from the Subgraph Studio

The Subgraph Studio is the launchpad to the decentralized network. It is your place to test, create and publish subgraphs for you and the world to use. All subgraphs that are published from the Subgraph Studio can be viewed in the Graph Explorer, so you can explore other complete and high-quality subgraphs built by other developers too!

Subgraph Studio represents a fundamental shift in delivering software. Now developers can publish subgraphs to mainnet by deploying to the Studio and paying for query fees seamlessly via gateways and billing. Developers will be able to top-up their accounts with GRT to pay for subgraph query fees.

The Studio is secure infrastructure for you to build your subgraphs, also enabling you to test subgraphs ahead of publishing to the network and manage billing to pay for query fees. Developers can manage their subgraph’s API keys and will be able to customize settings like rate-limiting, domain names restrictions. Expect more features to come soon!

Since starting The Graph, the vision has always been to develop a decentralized network as soon as it was technically feasible. It is now time for dapps to begin migrating subgraphs with many dapps already in production -- LivePeer, Audius, UMA, mStable, Reflexer, Opyn , PoolTogether, DODO . You can migrate your subgraph by heading to the Subgraph Studio, redeploying your subgraph and publishing on mainnet. Reach out to the community in The Graph’s Discord or Forum to receive support during your dapp’s migration.

Applications that rely on The Graph Network for querying on-chain data can significantly benefit from the reduced back-end work required to serve data to their front-end.

Migration Rewards for All Subgraph Developers

The Graph wouldn’t be where it is today without subgraph developers who have built the open source APIs that the majority of Ethereum dapps rely on today. That is why The Graph Foundation is rewarding all eligible past subgraph developers with GRT to support their migration from the hosted service to the decentralized network. The GRT can be used to curate on migrated subgraphs or to pay for a dapp’s query fees!

Over 2,000 subgraph developers who redeemed their Subgraph Developer POAP NFT received 685 GRT to their Ethereum addresses.

If you have not redeemed your Subgraph Developer NFT, check your email and redeem by July 15, 2021 at 12pm PST. A final distribution of the subgraph developer rewards will occur by July 22, 2021 to all developers that redeem their POAP by July 15th and have not failed KYC in past programs with The Graph.

We thank subgraph developers for their contributions and look forward to seeing your dapps and APIs on the network. The GRT earned can be used to support seamless migration from the hosted service to the network by publishing the subgraphs on the Subgraph Studio and paying for query fees.

Resources to Get Started