The Graph Network will enable truly decentralized applications and is on track to launch later this month.

The hosted service has been instrumental to getting The Graph to where it is today, but the vision has always been to create a decentralized indexing protocol and global API. When The Graph Network goes live, developers will finally have the ability to offer truly serverless decentralized applications that are fast to load and dependable. There will be no need for centralized infrastructure as applications can connect directly to an efficient network of Indexers to process queries. The Flight Path to Mainnet has not been easy, but we are rapidly approaching The Graph Network launch. 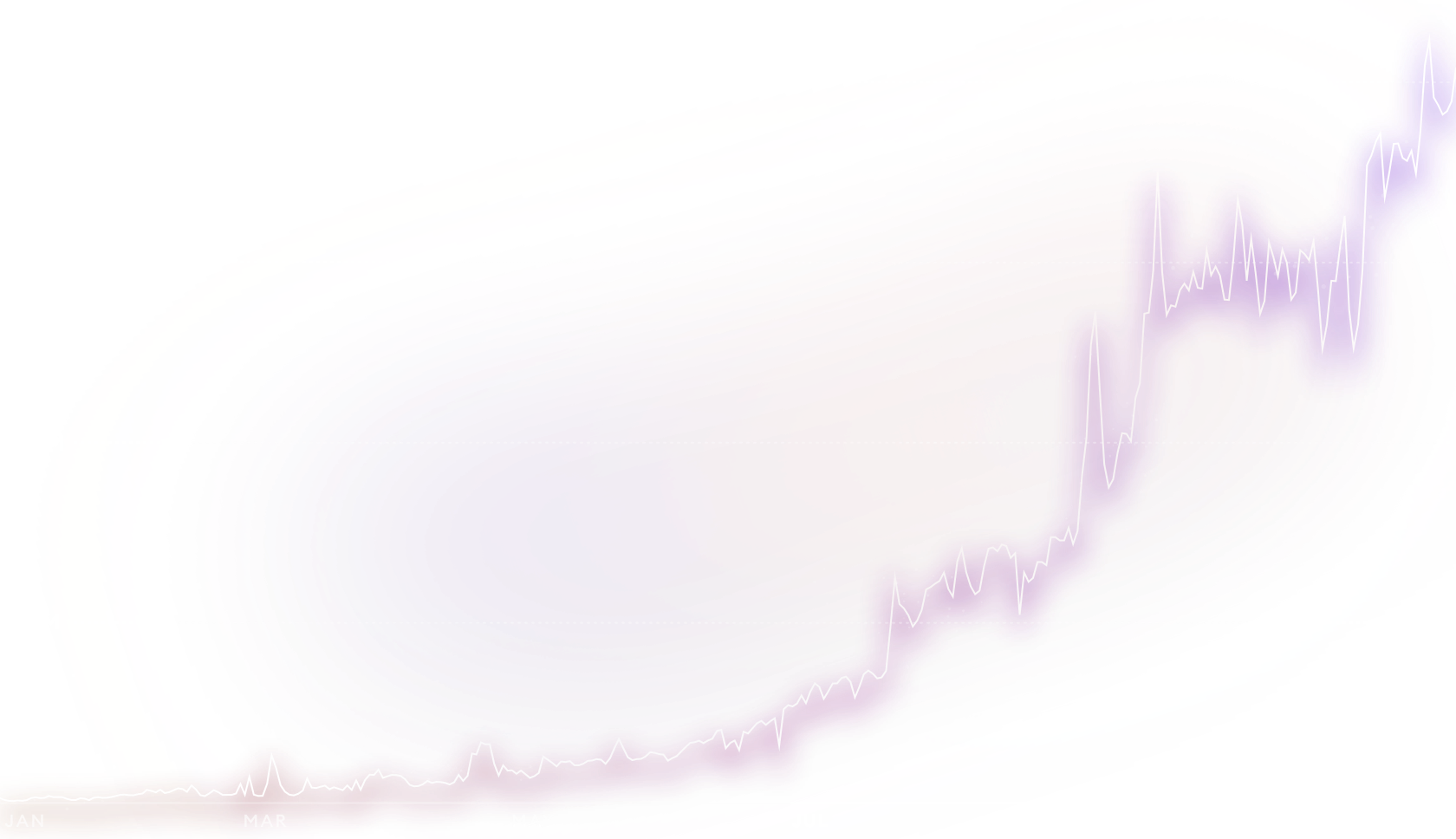 The Graph has made incredible progress in 2020. The community started the year with only 1,000 subgraphs deployed and has grown to over 3,400 subgraphs, including Uniswap, Synthetix, KnownOrigin, Aragon and AAVE. In the past six months, usage has also grown 10x, from 1 billion monthly queries in June to over 10 billion this November, averaging over 350 million queries per day.

Building The Graph Network has been a three year feat. This year, The Graph completed several major milestones, including:

Additionally, many top Web3 applications began using The Graph, like Coingecko, Yearn, Curve, Kleros and Chainlink. The Graph has also continued to collaborate with Protofire for building high-quality subgraphs for the community.

Indexers & Curators Around the World 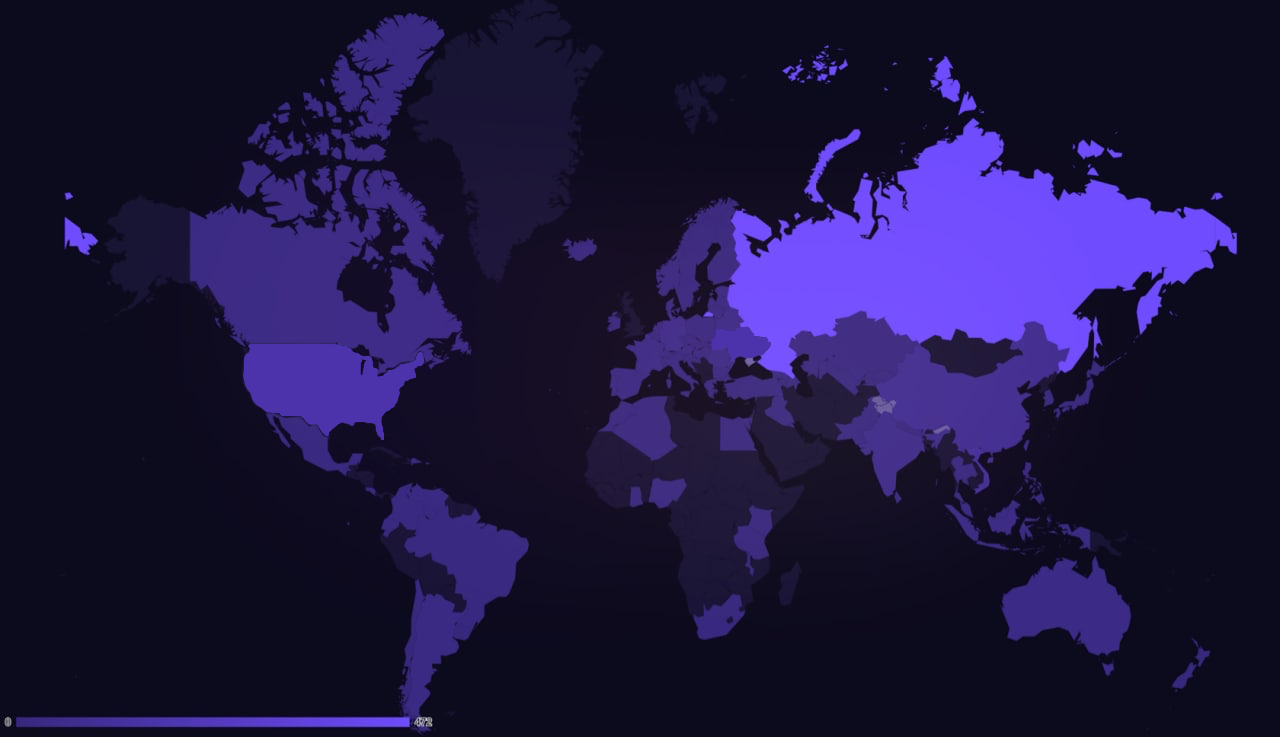 Collectively, thousands of individuals and projects from more than 90 countries are contributing to The Graph Network as Indexers and Curators. In November, the testnet reached Phase 2: Honest Profit Maximization, where third-party Indexers helped test initial query volume. We successfully integrated state channels for the first time in a protocol of this size and have been iterating on tooling for creating and managing channels.

Indexers have been experimenting with pricing strategies using the new Agora language for granularly pricing GraphQL queries in the marketplace. The marketplace rewards Indexers that serve fresh data quickly with GRT at stake at a competitive price. Traffic is being generated all over the globe and is getting routed to the nearest Indexers to promote a healthy geographically distributed network. The testnet is now in Phase 3, achieving ~1,000 queries per second and growing daily. Indexers have staked more than 350,000 times in the network.

The Curator Program is also in its third phase. During the program curators have learned about evaluating subgraphs, building new schemas and APIs for dApps and growing The Graph community. In the process they've created over 350 Guides & Tutorials in more than 20 languages, to help the community learn about GraphQL, building subgraphs and open APIs.

To prepare for mainnet, The Graph engaged several auditing companies to increase confidence in security. In October, we completed audits of the network contracts by OpenZeppelin and off-chain components by Trail of Bits. An audit of the state channels implementation (including Nitro Protocol) was completed by Consensys Diligence. Audit reports for protocol components will be shared in the coming weeks.

The Graph’s Bug Bounty program will begin once the protocol is deployed on mainnet. 0.5% of total GRT supply is allocated to rewarding successful bounty hunters. More information will be released closer to mainnet launch.

We were pleasantly surprised to see the overwhelming participation (200+ Indexer nodes and 2000+ Curators) in The Graph's incentivised testnet, Mission Control. Application builders have been excited about The Graph for the past year, and now with the Indexer and Curator communities ready, it is finally time for the protocol to move to the next step, decentralising the network. It's been a delight to work with The Graph's world class team and we can't wait for their mainnet launch!

The Graph Network is currently on track to launch on mainnet by the end of this year, pending continued testing to ensure network safety.

At launch of The Graph Network Mainnet, the GRT and protocol contracts will be deployed on the Ethereum mainnet. At that time, the network of Indexers will be able to process queries and earn query fees and indexing rewards. There will be a UI dashboard for delegating tokens to Indexers. Indexers who participated in the Mission Control Testnet are encouraged to continue stress testing and refining the economics of the network after launch.

GRT will be distributed to sale participants at launch. Curators participating in the Curator Program will also receive their initial GRT rewards. Indexer tokens earned for testnet contributions and Backer tokens will begin to vest. While vested tokens are non transferable, users will be able to stake for Indexing and Delegating in the network. Learn more about GRT distribution here.

The focus at launch will be on ensuring a healthy supply side of the query market. Staking for indexing and delegating is expected to ramp up as confidence is gained. Query volume will be in a position to grow organically in the weeks and months following launch. This will be a community effort and we invite the entire DeFi and Web3 ecosystem to participate in growing the network.

There will be a phased approach in migrating subgraphs from the hosted service to the decentralized network in the months after launch. Initially, dApps on the Ethereum mainnet that don’t rely on IPFS, subscriptions, or full-text search will be supported. The community will be working to add support for IPFS and Layer 2’s early next year. If you are interested in migrating your dApp’s queries to The Graph Network, please join the community’s Discord channel and connect with The Graph community.

Following the mainnet launch, anyone will be able to participate in the network and contribute to the ecosystem. To support the user experience, The Graph Foundation has partnered with Edge & Node to develop a Graph Explorer dApp and Gateway to support users looking to access subgraphs and Curate on the network. Look out for more information about the Graph Explorer in 2021. Any third-party can also develop tooling and applications to access The Graph Network.

The mandate of The Graph Council and The Graph Foundation is to support the health of the network and the growth of the ecosystem. As a result, The Graph Foundation will begin providing grants to third-party projects and individuals developing critical infrastructure, creating applications on The Graph and building the community. These grants will come from the 20% of GRT supply allocated to the Foundation, that will vest over 10 years. The Graph Grants Program just launched, aiming to distribute ~1% of GRT in the first year. If you're building on The Graph or growing the community, apply now!

The Graph Network launch will mark the end of the initial team's stewardship of the project and the beginning of the next phase in the protocol's journey. We are humbled at the number of teams and individuals distributed all over the globe who have taken on the vision of building a global decentralized data layer and API for the crypto economy as their own. The Graph Network is a foundational element for building a vibrant decentralized future, but it is only the beginning. The community will need to come together to build the next set of tools, protocols, and dApps on top of The Graph to bring this vision to the world and change how humans cooperate and organize on the internet.

It's been incredible working with all of you to bring The Graph to life. See you on the other side.