Curators are critical to the Graph decentralized economy. They use their knowledge of the web3 ecosystem to assess and signal on the subgraphs that should be indexed by The Graph Network. Through the Explorer, curators are able to view network data to make signaling decisions. The Graph Network rewards curators who signal on good quality subgraphs with a share of the query fees that subgraphs generate. Curators are economically incentivized to signal early. These cues from curators are important for Indexers, who can then process or index the data from these signaled subgraphs.

Remember that curation is risky. Please do your diligence to make sure you curate on subgraphs you trust. Creating a subgraph is permissionless, so people can create subgraphs and call them any name they'd like. For more guidance on curation risks, check out The Graph Academy's Curation Guide.

Bonding Curve 101#Link to this section 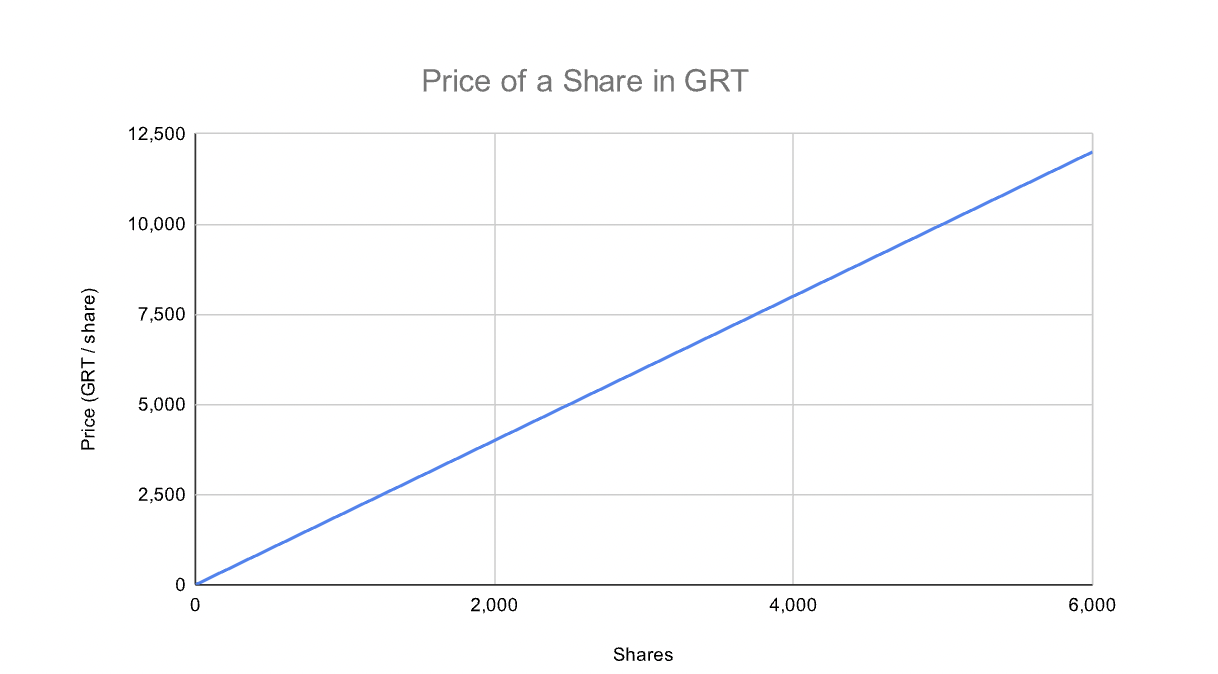 As a result, price increases linearly, meaning that it will get more expensive to purchase a share over time. Here’s an example of what we mean, see the bonding curve below: 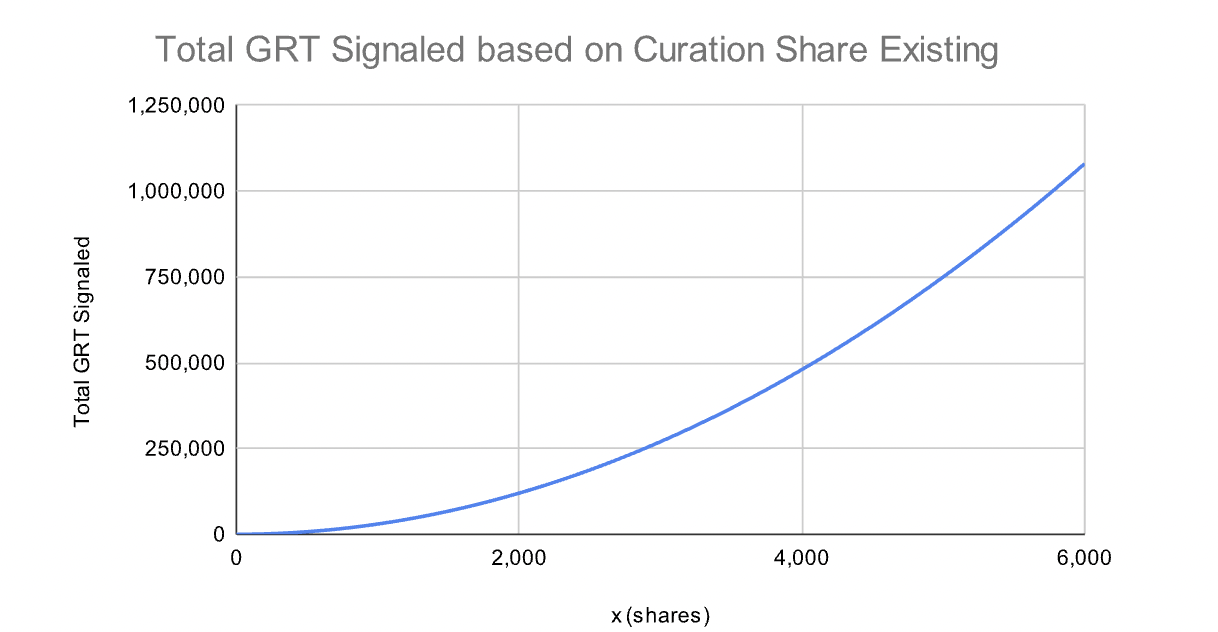 Consider we have two curators that mint shares for a subgraph:

In the case of The Graph, Bancor’s implementation of a bonding curve formula is leveraged.

How to Signal#Link to this section

Now that we’ve covered the basics about how the bonding curve works, this is how you will proceed to signal on a subgraph. Within the Curator tab on the Graph Explorer, curators will be able to signal and unsignal on certain subgraphs based on network stats. For a step-by-step overview of how to do this in the Explorer, click here.

A curator can choose to signal on a specific subgraph version, or they can choose to have their signal automatically migrate to the newest production build of that subgraph. Both are valid strategies and come with their own pros and cons.

Signaling on a specific version is especially useful when one subgraph is used by multiple dApps. One dApp might need to regularly update the subgraph with new features. Another dApp might prefer to use an older, well-tested subgraph version. Upon initial curation, a 1% standard tax is incurred.

What does Signaling mean for The Graph Network?#Link to this section

For end consumers to be able to query a subgraph, the subgraph must first be indexed. Indexing is a process where files, data, and metadata are looked at, cataloged, and then indexed so that results can be found faster. In order for a subgraph’s data to be searchable, it needs to be organized.

And so, if Indexers had to guess which subgraphs they should index, there would be a low chance that they would earn robust query fees because they’d have no way of validating which subgraphs are good quality. Enter curation.

Curators make The Graph network efficient and signaling is the process that curators use to let Indexers know that a subgraph is good to index, where GRT is added to a bonding curve for a subgraph. Indexers can inherently trust the signal from a curator because upon signaling, curators mint a curation share for the subgraph, entitling them to a portion of future query fees that the subgraph drives. Curator signal is represented as ERC20 tokens called Graph Curation Shares (GCS). Curators that want to earn more query fees should signal their GRT to subgraphs that they predict will generate a strong flow of fees to the network. Curators cannot be slashed for bad behavior, but there is a deposit tax on Curators to disincentivize poor decision-making that could harm the integrity of the network. Curators also earn fewer query fees if they choose to curate on a low-quality Subgraph since there will be fewer queries to process or fewer Indexers to process those queries. See the diagram below!

Indexers can find subgraphs to index based on curation signals they see in The Graph Explorer (screenshot below).

Curation FAQs#Link to this section

1. What % of query fees do Curators earn?#Link to this section

By signalling on a subgraph, you will earn a share of all the query fees that this subgraph generates. 10% of all query fees goes to the Curators pro-rata to their curation shares. This 10% is subject to governance.

2. How do I decide which subgraphs are high quality to signal on?#Link to this section

Finding high-quality subgraphs is a complex task, but it can be approached in many different ways. As a Curator, you want to look for trustworthy subgraphs that are driving query volume. A trustworthy subgraph may be valuable if it is complete, accurate, and supports a dApp’s data needs. A poorly architected subgraph might need to be revised or re-published, and can also end up failing. It is critical for Curators to review a subgraph’s architecture or code in order to assess if a subgraph is valuable. As a result:

3. What’s the cost of upgrading a subgraph?#Link to this section

Migrating your curation shares to a new subgraph version incurs a curation tax of 1%. Curators can choose to subscribe to the newest version of a subgraph. When curator shares get auto-migrated to a new version, Curators will also pay half curation tax, ie. 0.5%, because upgrading subgraphs is an on-chain action that costs gas.

4. How often can I upgrade my subgraph?#Link to this section

It’s suggested that you don’t upgrade your subgraphs too frequently. See the question above for more details.

5. Can I sell my curation shares?#Link to this section

Curation shares cannot be "bought" or "sold" like other ERC20 tokens that you may be familiar with. They can only be minted (created) or burned (destroyed) along the bonding curve for a particular subgraph. The amount of GRT needed to mint a new signal, and the amount of GRT you receive when you burn your existing signal are determined by that bonding curve. As a Curator, you need to know that when you burn your curation shares to withdraw GRT, you can end up with more or less GRT than you initially deposited.

Still confused? Check out our Curation video guide below: