Today The Graph Foundation is announcing its support for the future of Ethereum by contributing over $500K in grants to the Execution Layer (Eth1) Client Ecosystem Fundraise and the OpenGrants initiative for Eth2 client teams. The Graph is joining Compound Grants, Kraken, Lido, Synthetix, Uniswap Grants and the Ethereum Foundation to fund Eth1 development and The Graph Foundation will be the first external contributor to the Eth2 funding pool.

Ethereum client teams are responsible for maintaining core development of the Execution Layer (Eth1) and Eth2 clients, which are critical for dapp developers and node operators in our community. The Graph supports hundreds of dapps and thousands of developers building on EVM-based chains. The Graph also runs on Ethereum mainnet and the majority of Indexers run their own Ethereum nodes when they run Graph Node.

We’re excited to be collaborating with several organizations and providing $250,000 this year to the Execution Layer (Eth1) funding, and we’re aiming to provide continued support. We will also be rewarding $250,000 to the Eth2 Development - OpenGrants initiative by James Fickel to fund Eth2 development and research teams in perpetuity. Join us in supporting Ethereum! 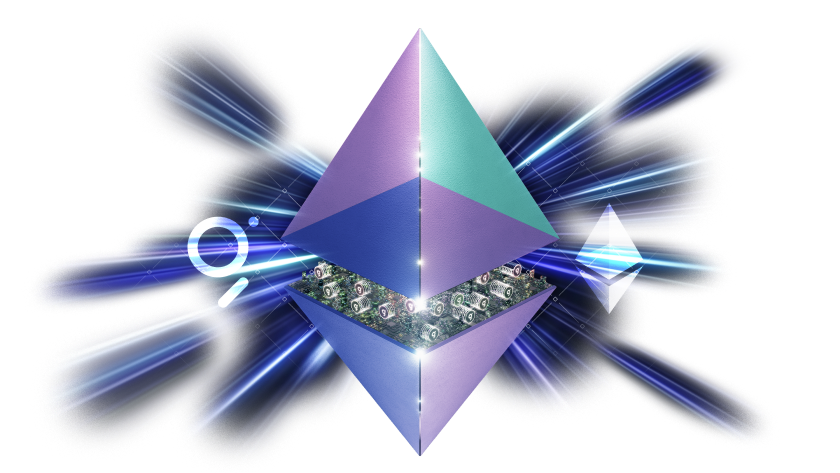 In addition to funding core clients, The Graph Foundation is actively funding other Ethereum tooling, such as an Automated Ethereum Archive Node and Ethereum Load Balancer. Having a fault tolerant automated archive node deployment will be immensely valuable to the Ethereum ecosystem as it will reduce the barrier to deploying a full-node and reduce the need of relying on centralized node providers. This will directly benefit Indexers on The Graph as well as all dapps running their own nodes. Similarly, with Wave 2 of The Graph grants program, Ionut Scirlet is also studying and analysing how viable alternative Execution Layer (Eth1) clients are to The Graph’s Indexers.

We are also actively collaborating with Erigon and ethers.js teams to provide support for the upcoming hard fork and mitigate disruption to Indexers on The Graph.

Lastly we have an outstanding RFP for an Ethereum Load Test to help clients support indexing performance. Indexers are in need of an Ethereum Load Test diagnostic tool for assessing Ethereum client stability, expected load time and load testing. This tool would be used to troubleshoot Graph Node and Ethereum nodes and assess potential subgraph bugs.

The Graph is dedicated to supporting the Ethereum and Web3 communities. If there are other grants or RFPs that need funding for dapps, subgraphs, or tooling built on Ethereum, please apply for a grant!

The Graph is the indexing and query layer of the decentralized web (Web3). Developers build and publish open APIs, called subgraphs, that applications can query using GraphQL. The Graph currently supports indexing data from 22 different networks including Ethereum, Arbitrium, Avalanche, Celo, Fantom, Moonbeam, IPFS, and PoA with more networks coming soon. To date, over 22,000 subgraphs have been deployed on the hosted service and now subgraphs can be deployed directly on the network! ~23,000 developers have built subgraphs for applications, such as Uniswap, Synthetix, Aragon, Gnosis, Balancer, Livepeer, DAOstack, AAVE, Decentraland, and many others.