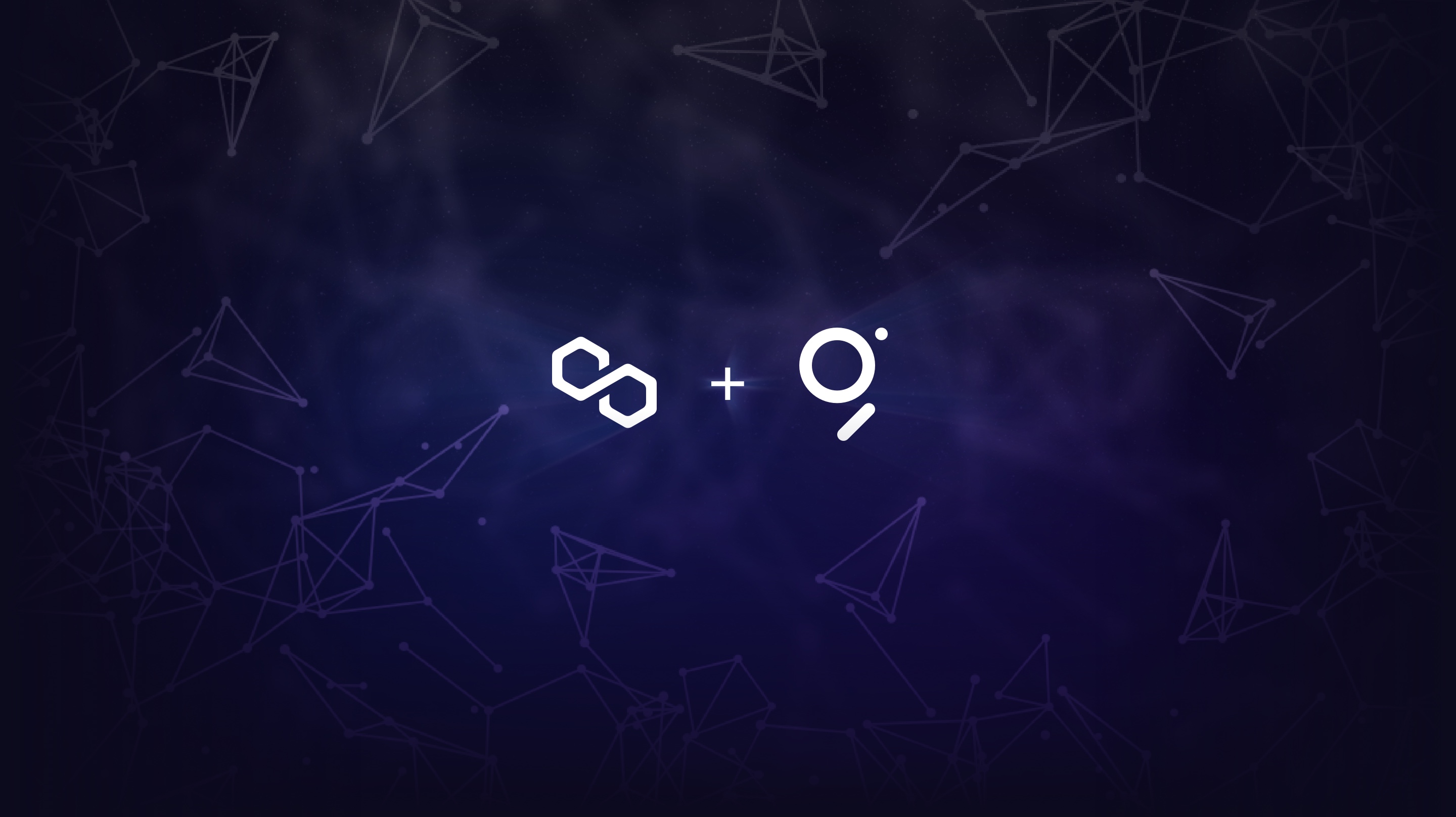 The Graph expands to L2 side chains and adds Indexing and Querying Support for Polygon, formerly Matic Network, who have over 200k users and 90 applications.

Today we are excited to announce The Graph support for Polygon - Ethereum’s Internet of Blockchains (formerly Matic Network, a side chain for Ethereum) - on The Graph’s hosted service. This begins The Graph’s expansion from applications on Ethereum to Layer 2 scaling solutions that now include side chains, as well as indexing and querying to Polygon to make it easier for developers to build dApps on Polygon. Ethereum’s current record fees are highlighting the utility of second-layer scaling solutions such as Polygon. The Graph is excited to bring indexing to the Polygon ecosystem to help developers build scalable decentralized applications.

This pairs nicely with The Graph’s community of over 10,000 active developers that have built over 8,000 subgraphs for applications like Uniswap, Synthetix, Aragon, Gnosis, Balancer, Livepeer, DAOstack, AAVE, Decentraland, and many others. The Graph currently supports indexing data from Ethereum and IPFS, adding support for Polygon is the beginning of The Graph’s expansion and PoA with more Layer 1 blockchains and Layer 2 chains coming soon.

Polygon is one of the first well-structured, easy-to-use platforms for Ethereum scaling and infrastructure development. With the Polygon rebrand, Polygon is now a Layer 2 Aggregator for Ethereum, combining multiple L2 scaling approaches including sidechains (Standalone or Shared Security) and other approaches to scaling like zk Rollups, Optimistic Rollups and Plasma. Its core component is Polygon SDK, a modular, flexible framework that supports building and connecting Secured Chains like Plasma, Optimistic Rollups, zkRollups, Validium, and Standalone Chains like Matic POS. Experiencing a lot of demand for Polygon support from the Defi and NFT developers within the larger Ethereum community, The Graph Foundation decided to launch the hosted Graph service for Polygon’s dev community.

We are excited to unite The Graph and Polygon’s communities, furthering uniting the decentralized Internet (Web3) community.

Blockchains are increasingly becoming data-rich environments, both through data generation activities on-chain like smart contract events and calls and through dApps bringing external data on-chain via oracles. All dApps that show blockchain data in their UIs require indexed data to reference the information they need and create good user experiences.

Before The Graph, developers had to write their own indexing code and maintain servers and databases on centralized infrastructure. This introduces a central point of failure; the indexed data can be maliciously or mistakenly manipulated by the dApp or the single server can go offline. Developers also have to spend extra time and money to run the infrastructure themselves. Deploying a subgraph is the most efficient way for developers to index blockchain data.

The Graph solves the problem of centralized data indexing by building a decentralized protocol for indexing blockchain data. With the decentralized network, users will no longer have to trust teams to operate servers and developers can deploy to reliable public infrastructure they don’t have to manage. The Graph uses GraphQL, an open-source query language widely used by the web developer community. It provides a powerful API to get exactly the data users need in a single request, seamlessly traversing and combining data sources. GraphQL makes it easy for Web2 developers to build in Web3.

Developers on Polygon can now build and publish subgraphs. This means that applications like Games, Decentralized Exchanges, Lending Protocols, and other DeFi applications built on Polygon can reliably find and consume organized data from Polygon directly into their dApps.

Sandeep Nailwal, Co-founder and COO of Polygon, said of the partnership,

“The Graph and Polygon have a shared mission of building reliable public infrastructure for developers, validators and end users, and this partnership will further this mission and provide incredible value to the crypto and Web3 community.”

“A critical component of good crypto experience is ensuring users aren’t paying exorbitant fees. As The Graph begins supporting Layer 2s like Polygon, in addition to Layer 1 blockchains, building scalable dApps will become exponentially easier and data will be accessible across chains.”

The Graph would love to welcome you to be Indexers, Curators and/or Delegates on The Graph’s network. Join The Graph community by introducing yourself in The Graph Discord for technical discussions, join The Graph’s Telegram chat, or follow The Graph on Twitter! The Graph’s developers and members of the community are always eager to chat with you, and The Graph ecosystem has a growing community of developers who support each other.

If you're an Ethereum Developer, you're already a Polygon developer! Leverage Polygon’s fast and secure txns for your Dapp, get started here.