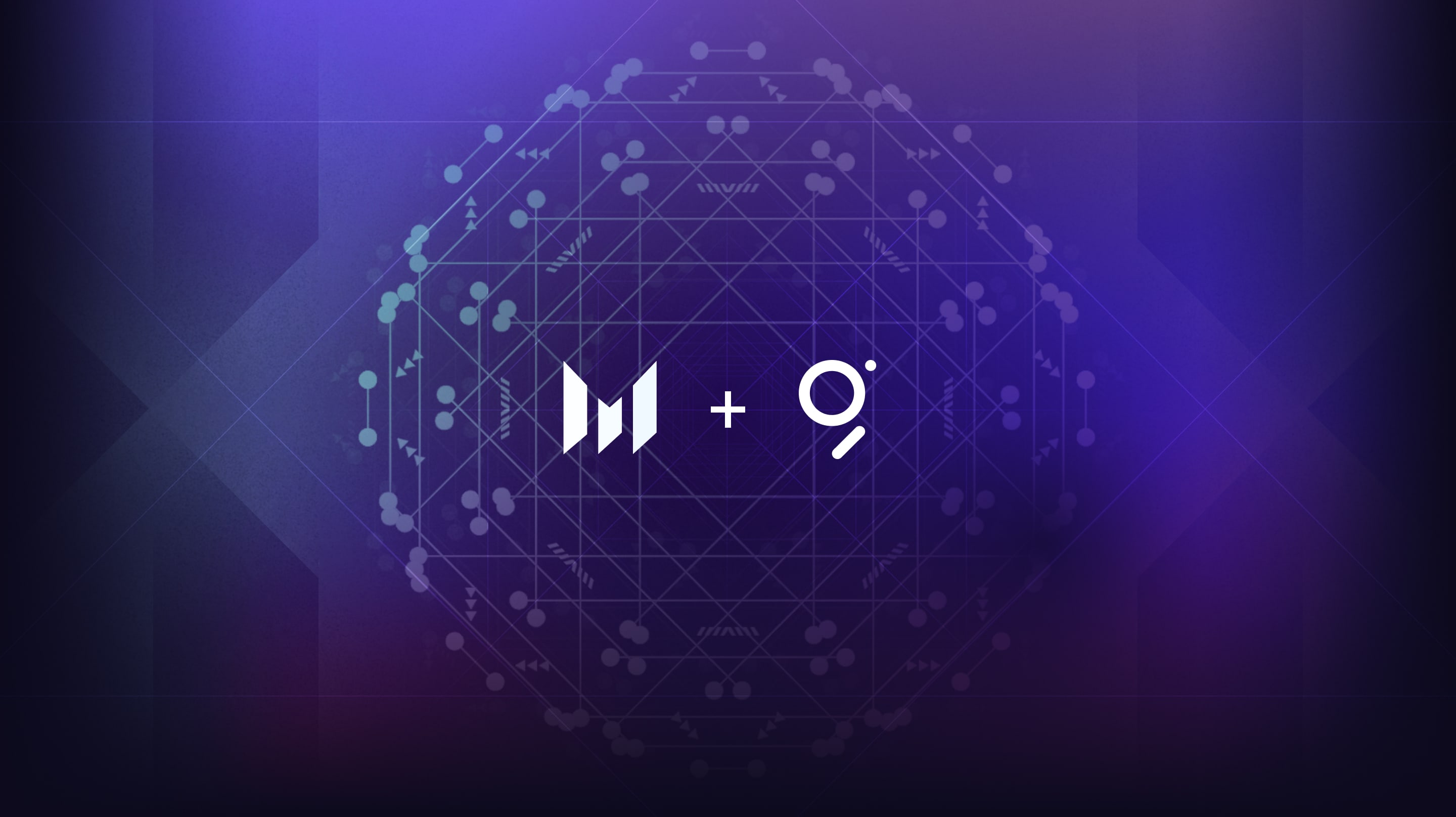 Access to the world’s open data with subgraphs is scaling like never before. Messari, a leading provider of crypto market intelligence products, has joined The Graph ecosystem as the first-ever core subgraph developer to develop standards and innovate on subgraphs with a grant from The Graph Foundation, as announced at Graph Day.

Messari is dedicating resources to subgraph development and data standards in web3. The Messari team will use this grant to grow their capabilities and continue driving towards the mission of open data via The Graph. By building subgraphs to surface data, Messari provides their users with high-quality, accurate and complex data in their products. The Messari subgraphs are open source on The Graph Network, fundamental to the vision of making subgraphs public goods: data resources available to all.

Messari has already deployed at least 20 subgraphs that are live on the decentralized network, such as the Compound v2 subgraph that was recently deployed to the network. The Compound V2 subgraph that is relied on by members of the Compound Finance community and DeFi builders is a public good built by Messari. The team at Messari aims to build at least another 200 high quality and complex subgraphs for web3 protocols over the next two years. Subgraph developers at Messari are creating standards and leading protocol working groups to share best practices with other applications in DeFi and beyond. Messari continues to drive open source data standards and foster high-quality subgraph development in The Graph ecosystem.

The Graph is routinely recognized by the web3 community, including the web3 index, as one of the most utilized decentralized infrastructure protocols in web3. As the indexing and query layer of web3, The Graph is making the world’s data accessible to everyone, a fundamental part of the growth of the decentralized internet. Users and builders need accurate, reliable and high-quality data to build on the web3 stack and create the next generation of dapps.

Using subgraphs to organize the world’s open data aligns with Messari’s conviction that all on-chain data should be accessible as a public good and building on decentralized infrastructure benefits everyone.

Until now, a lack of subgraph standards across different web3 use cases has made building dapps across protocols challenging because of inconsistent practices between varying subgraphs of similar verticals. Subgraphs for two protocols that share many similarities (e.g. AAVE and Compound) may have significantly different subgraph structures, aggregate data or alternative data because they were built differently.

Messari’s work with subgraph development opens up a great depth of data to all web3 builders who want to work with high-quality, accurate, complex, and efficiently-designed subgraphs. Previously, subgraphs had slightly varying terminology and definitions, making it difficult to compare data points across protocols and dapps. Messari’s development of standardization and best practices for developers brings alignment of terminology and definition to subgraphs.

Messari’s subgraph standardization work saves developers and users a significant amount of time and effort. Data standardization also makes it far easier to build apps and tooling on top of subgraphs, making indexing and querying web3 data with The Graph far more accessible for developers of subgraphs, and those subgraphs’ users. Additionally Messari’s identification and formalization of patterns of key data points represents a fundamental part of wider growth across the ecosystem. Standardizing data opens up analytics, data portability and accessibility. Messari’s work opens up the wealth of data for many, from independent researchers, open source data analysts and builders across the ecosystem to utilize web3 data to easily and efficiently access data across many subgraphs. The standardization enables anyone to easily compare protocols, analyze data, and build more complex models across protocols and chains.

A critical part of Messari’s open-source work in developing subgraph standards is sharing information, standards and best practices across the community. Messari is building over 200 new subgraphs, and will share the documentation throughout this process. As The Graph indexes web3 data and more builders create subgraphs, Messari’s expertise empowers everyone to create high-quality subgraphs using the same standards.

As dapp developers continue to build on The Graph’s decentralized network, Messari’s work can be used as a best practice model to inform the development of future high-quality subgraphs. Standardized data across protocols will make future data even more valuable and further enhance the utility of data available across subgraphs.

The full list of subgraphs developed by Messari can be found on GitHub, along with resources for subgraph developers of all levels of experience. Messari developers are also supporting The Graph core developers in providing feedback on network upgrades, GIPs and new subgraphs features such as the Graph Client or substreams.

Anyone starting out with subgraph development can check out their resources for beginners, which complements the extensive information to learn everything about The Graph at The Graph Academy.

Which subgraphs are being built?

An automated market maker is a decentralized protocol that will always provide a price between two assets. AMMs use different formulas to calculate the values between two assets: Uniswap uses a very straightforward formula (x * y = k) where x and y are the amount of liquidity in respective pools and k is a constant, while others (like Bancor or Curve) use a more complex formula to determine the values between assets. Standardizing data with subgraphs across DEX AMMs allows fast comparison of metrics like available balances in the liquidity pool, fees, and usage metrics.

Lending protocols like Aave and Compound allow users to deposit funds and borrow against collateral in a decentralized and permissionless way. Standardizing data with subgraphs across lending protocols makes it much easier to compare metrics like total value locked (TVL), interest rates, daily usage metrics, and market snapshots. Data standardization makes it much easier to look at the market as a whole, as well as metrics for specific protocols.

Yield aggregators automatically manage the process of staking coins or tokens and collecting the yields. Protocols like Beefy Finance, Liquid Driver, Yearn, and Stake DAO use different strategies to try to attain the best yields from different platforms. The algorithms involved in these protocols can be highly complex. Subgraphs help show data like daily financial snapshots, vault holdings, activity and strategy in an organized, efficient way.

Network subgraphs store critical information about different chains, storing data about blocks, daily and hourly snapshots of key information including cumulative difficulty, block height, value of native asset in circulation, gas used, block utilization and more across chains starting with EVM, Cosmos, NEAR and Arweave. These subgraphs are critical to support block explorers and other apps for inspecting chain data. As more chains roll out across The Graph Network, network subgraphs will provide this information in a standardized format across subgraphs.

NFT subgraphs store information about the marketplaces, including trade volumes, marketplace revenue, creator revenue, number of unique traders, royalty fees and more. This will allow for easy comparison of different NFT markets, and a more complete picture of the NFT ecosystem as a whole.

The value of open source data to the world

Opening up data has both predictable effects in boosting accessibility, quality of data analysis, and speed of research and innovation. And it can also have unforeseen, positive consequences as a result of innovation. Opening up data across subgraphs on the decentralized network creates opportunities for further development of truly decentralized applications across the web3 ecosystem.

Subgraph standards benefit the web3 ecosystem as a whole, and contributions are welcome from developers with existing skills and expertise in The Graph ecosystem. Any subgraph developers can get involved and build subgraphs to expand the reach of open data as a public good.

Get involved in bringing open source data to the world

Messari is calling on developers, researchers, protocol teams, core contributors and crypto data aggregators to join in their work:

Join The Graph Discord and SubgraphDAO Discord to stay up-to-date on subgraph development and learn how you can contribute to the future of open data as a public good by developing subgraphs too!

The Graph is the indexing and query layer of web3. Developers build and publish open APIs, called subgraphs, that applications can query using GraphQL. The Graph currently supports indexing data from over 39 different networks including Ethereum, NEAR, Arbitrum, Optimism, Polygon, Avalanche, Celo, Fantom, Moonbeam, IPFS, and PoA with more networks coming soon. Tens of thousands of developers use The Graph for applications such as Uniswap, Synthetix, KnownOrigin, Art Blocks, Gnosis, Balancer, Livepeer, DAOstack, Audius, Decentraland, and many others.

The Graph Network’s self service experience for developers launched in July 2021; since then over 400 subgraphs have migrated to the Network, with 165+ Indexers serving subgraph queries, 9,300+ Delegators, and 2,400+ Curators to date. More than 4 million GRT has been signaled to date with an average of 15K GRT per subgraph.