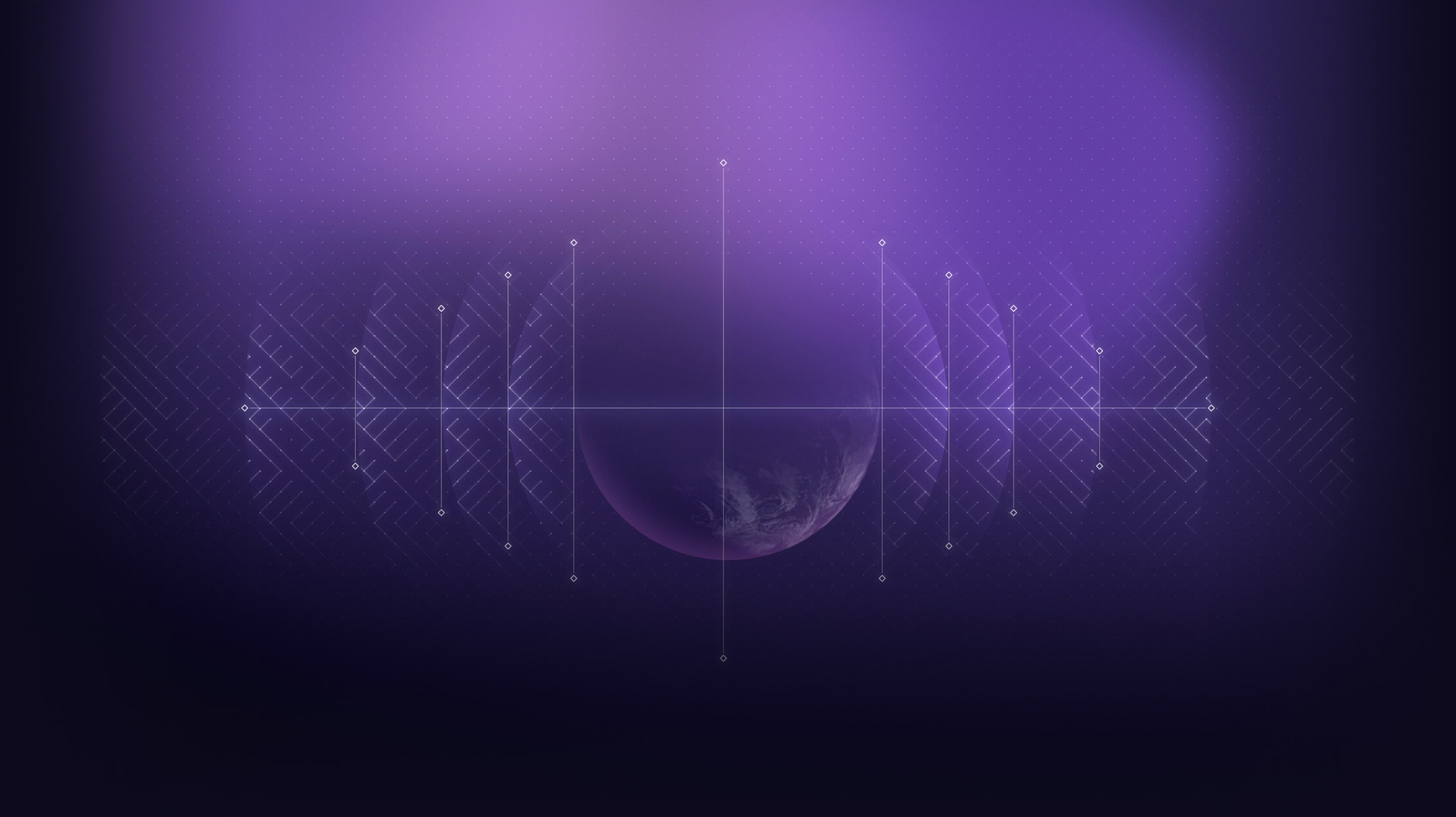 How to Migrate Your Ethereum Subgraph to the Decentralized Network: A Step-by-Step Guide

Ethereum subgraphs continue to migrate to The Graph’s decentralized network. As web3 adoption grows, so does demand for scale and performance. Developers are faced with a major decision: to continue to rely on centralized tech or to switch to decentralized infrastructure.

For longevity and reliability, nothing beats decentralization. By eschewing centralized points of failure, you are offering your users a web3 app they can access consistently. Many projects have already validated the network in production and now is the perfect time for your project to migrate over. To help you migrate, here’s a step-by-step guide.

It’s also recommended to familiarize yourself with The Graph Network & its resources:

1. Review the role of each participant in the network.

2. Subgraph Studio - This is a launchpad that lets you create subgraphs, add metadata, deploy and test them before publishing them to the Decentralized Network. Learn more about Subgraph Studio here.

3. Graph Explorer - This is an organized view into the world of decentralized network subgraphs and network participant data. It also lets you interact with the protocol. With the Graph Explorer you can explore the network, its subgraphs, signal on subgraphs, view a subgraph’s Curators, see each subgraph’s Indexers, delegate to Indexers and much more. Learn more about Graph Explorer here.

Open a terminal (CLI) and navigate to the folder where the source code for the subgraph that you are trying to deploy, and follow these steps: 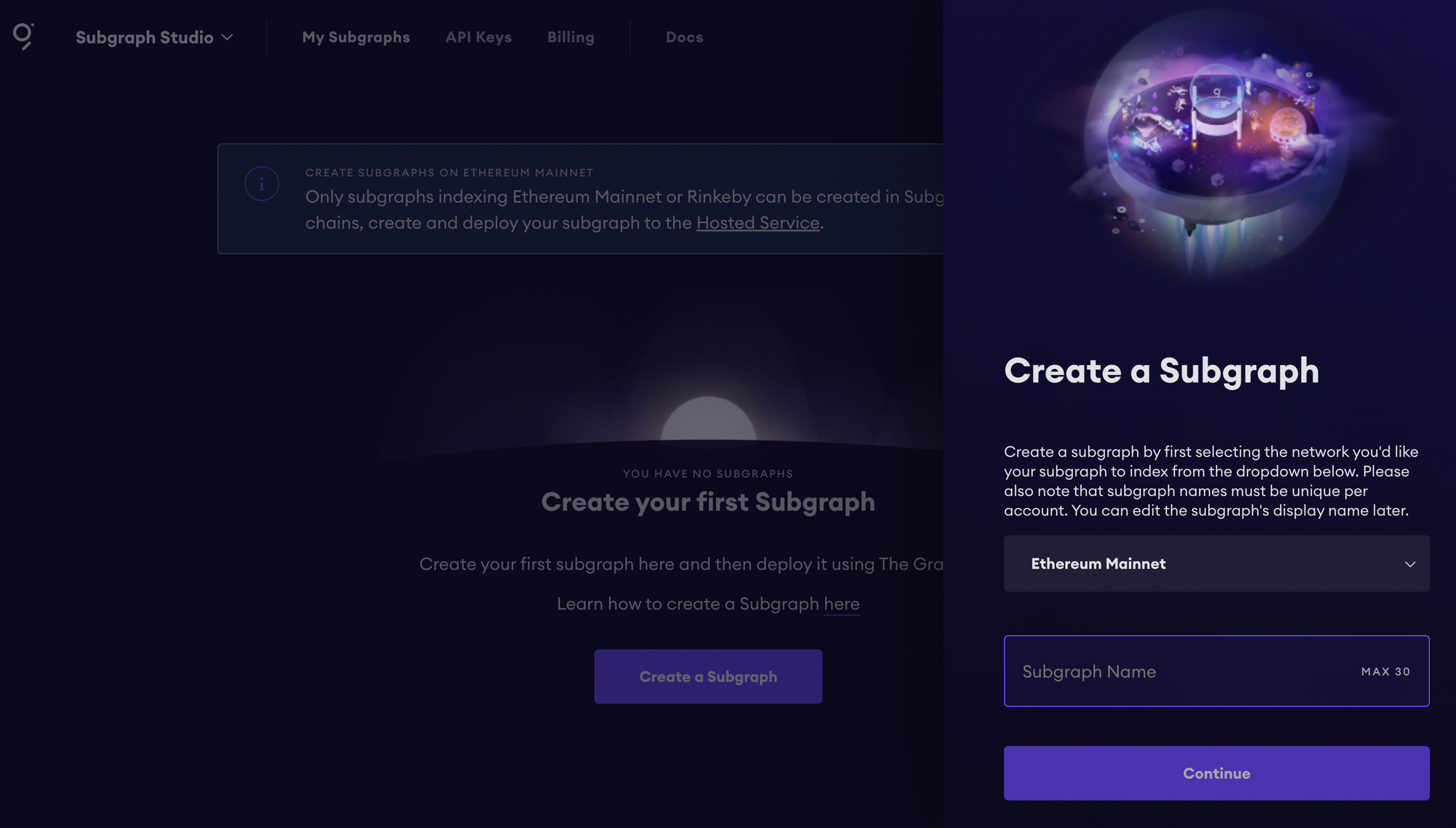 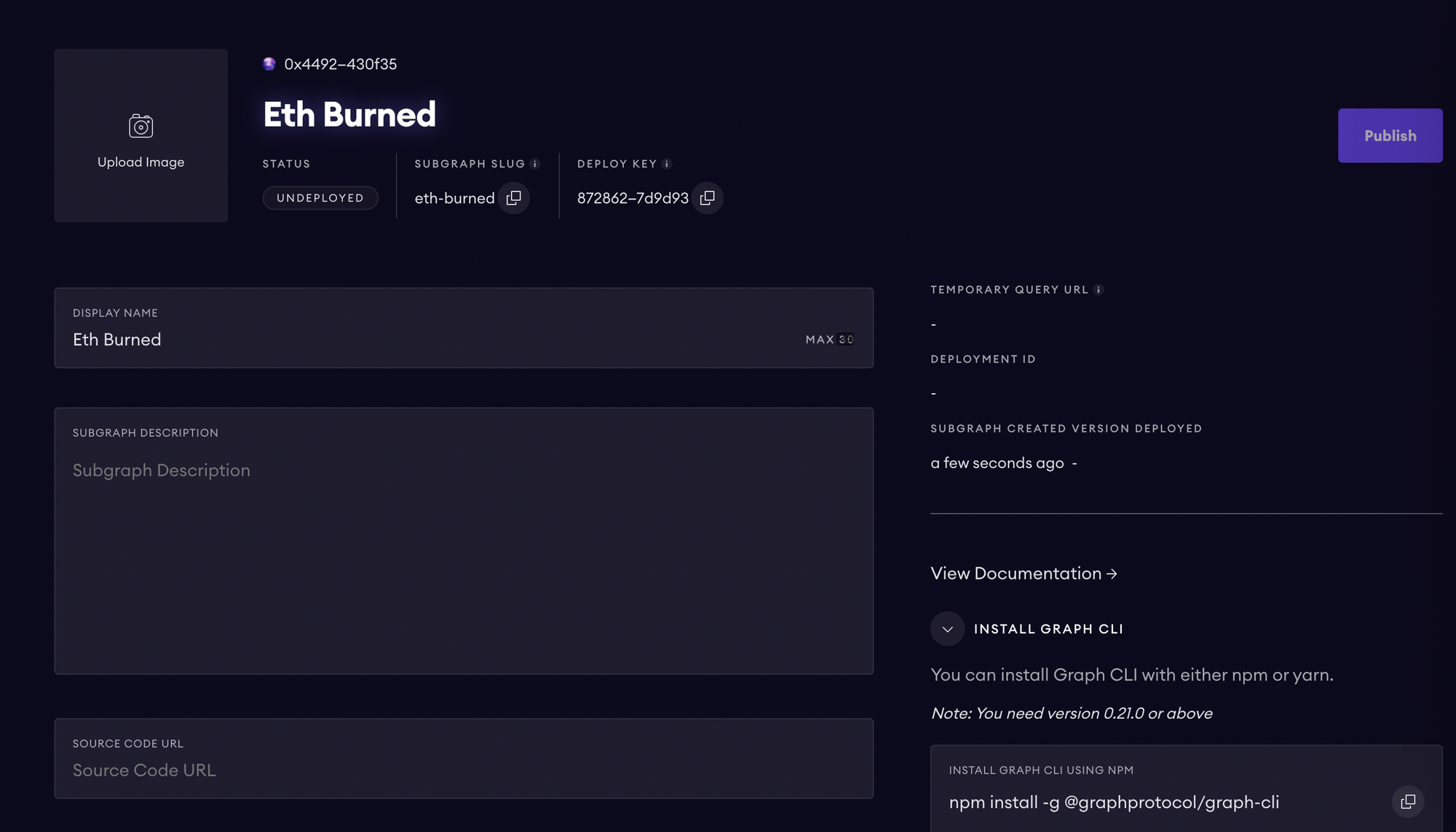 At this point, your subgraph is now deployed on Subgraph Studio, but not yet published to the decentralized network. You can now test the subgraph to make sure it is working as intended using the temporary query URL as seen on top of the right column above. As this name already suggests, this is a temporary URL and should not be used in production. 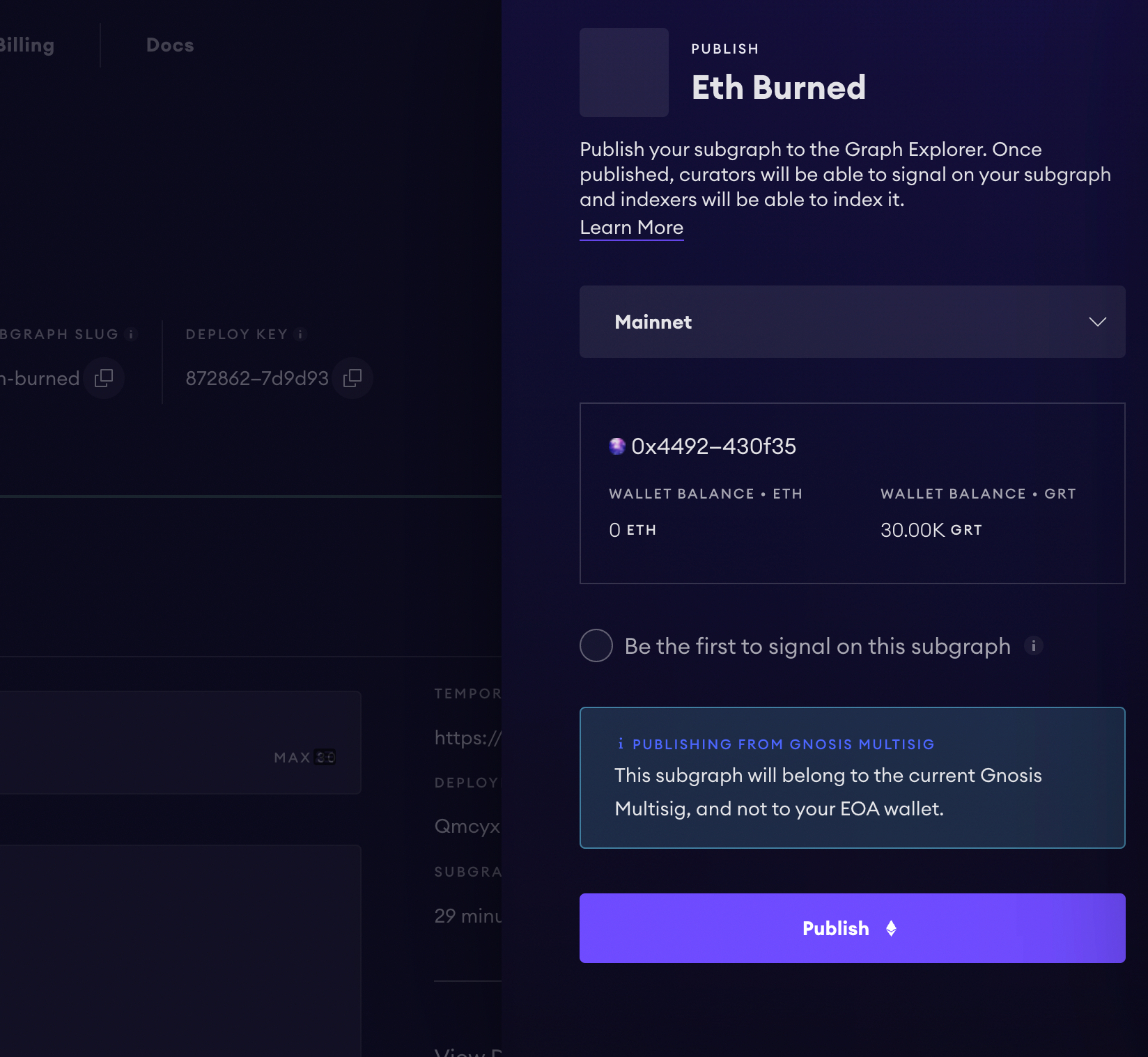 Once you are ready for your subgraph to be discoverable in Graph Explorer by Curators and Indexers, you may do so using the Publish button.

You will also have the option to combine signaling and publishing your subgraph to the network — which is recommended for attracting Indexers and being the first Curator on your Subgraph.

For developers in need of assistance migrating their subgraphs, applications for migration grants are being accepted here for a limited time. Note: a 1% curation tax is incurred upon initial curation signal of a subgraph. Example: If you signal 10,000 GRT on your subgraph, your subgraph will have 9,900 GRT signal. 100 GRT are burnt.

Once a subgraph is published to the decentralized network and has enough curation signal, indexers will start indexing your subgraph. Depending on the complexity and efficiency of your subgraph, this can take a while. In the meantime, you can create your API key.

You can generate an API key in Subgraph Studio here.

Note: This process is slightly different if you are using a multisig since you can not bridge GRT to Polygon with a multisig. You would need to send the GRT to an EOA (externally owned address) and bridge it from there to Polygon. Once on Polygon, you can load the multisig address. We have created a special tool to help you through these steps: https://multisig-billing.thegraph.com/

We recommend locking down the API by limiting its usage in two ways:

Querying your subgraph on the decentralized network

Now you can check the indexing status of the indexers on the network in Graph Explorer (example here ). The green line at the top indicates that at the time of posting 8 Indexers successfully indexed that subgraph. Also in the Indexer tab you can see which indexers picked up your subgraph. 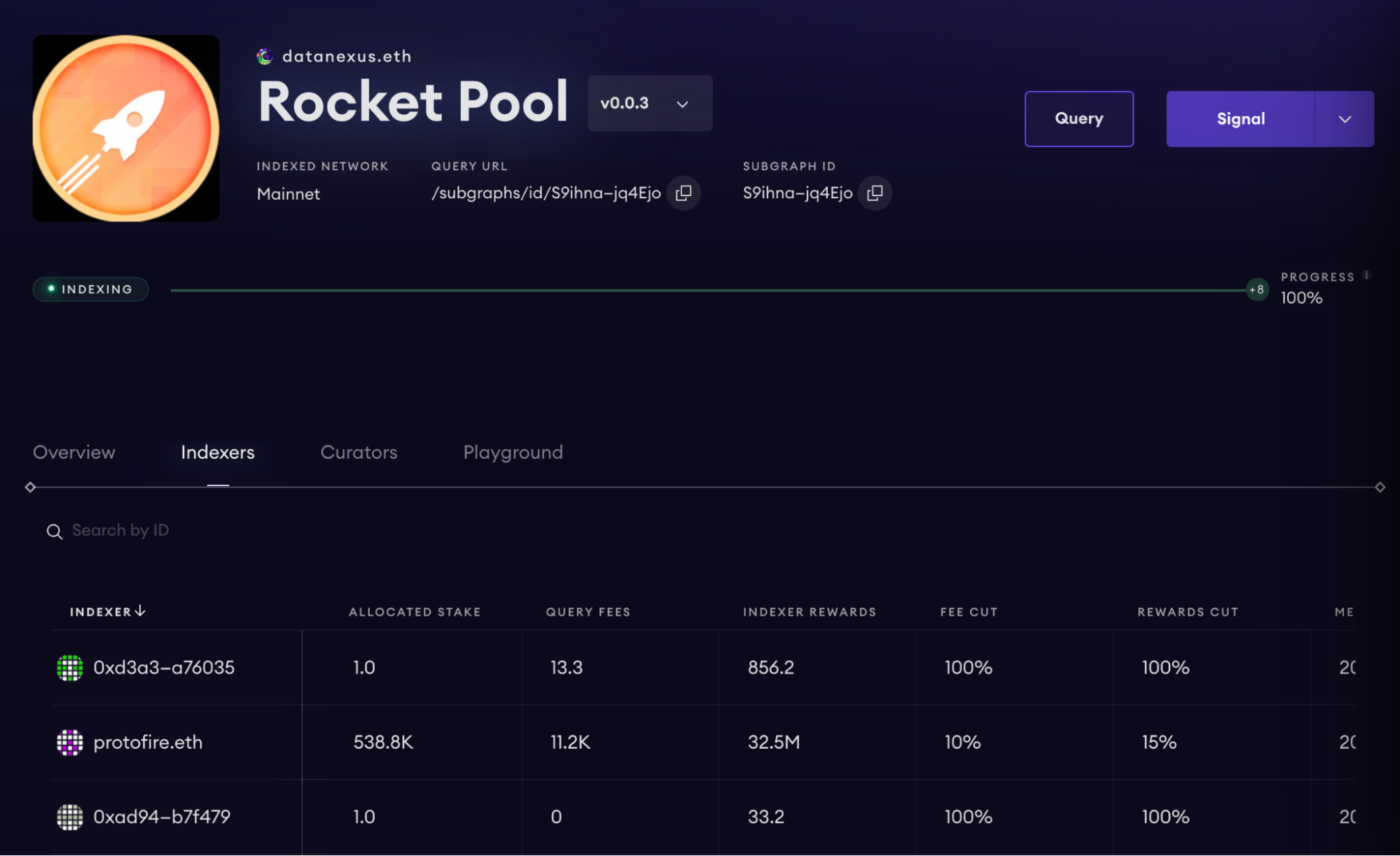 As soon as the first indexer has fully indexed your subgraph you can start to query the subgraph on the decentralized network. In order to retrieve the query URL for your subgraph, you can copy/paste it by clicking on the

symbol next to the query URL. You will see something like this:

Important: Make sure to replace [api-key] with an actual API key generated in the section above.

You can now use that Query URL in your dapp to send your GraphQL requests to.

Congratulations! You are now a pioneer of decentralization!

Note: Due to the distributed nature of the network it might be the case that different Indexers have indexed up to different blocks. In order to only receive fresh data you can specify the minimum block an indexer has to have indexed in order to serve your query with the block: { number_gte: $minBlock } field argument as shown in the example below:

More information about the nature of the network and how to handle re-orgs are described in the documentation article Distributed Systems.

Updating your subgraph on the decentralized network

Make the updates to the code as usual and then deploy the new subgraph to the studio with the same command as discussed above:

It will ask for a version label for this new version. It should be sequential to the previous version. For example: v0.0.2

Once the updated subgraph is deployed to the studio you can test it using the temporary query URL as discussed above. 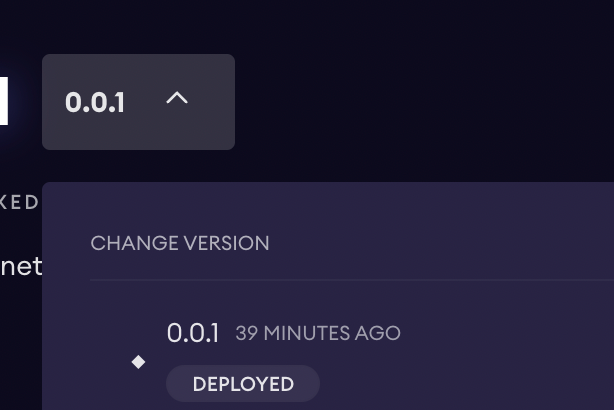 You might want to deploy a new version to the studio without publishing to the network while developing your subgraph and use the temporary query URL to test it. Once your new version is ready for production you can publish only that version network.

Please note that a total of 0.5% of the curation amount is charged as update tax when a new version is published. This tax is split evenly between subgraph developers and Curators. So you provide 0.25% of the total curation while publishing a new version.

A subgraph has 10,000 GRT signal and a new version is published.

Thanks for migrating your subgraph to the decentralized network! You’re joining a community of like-minded pioneers working to distribute power from centralized authorities. We hope you enjoy the better reliability and faster performance from the network. Don’t hesitate to reach out if you need support — send an email to [email protected] for assistance migrating, whether you’re running into a technical issue, are interested in grants to cover migration costs (available for a limited time) or anything else related to subgraph migration.

The Graph Network’s self service experience for developers launched in July 2021; since then over 232 subgraphs have migrated to the Network, with over 161+ Indexers serving subgraph queries, 8,600+ delegators, and 2,300+ curators to date. More than 3 million GRT has been signaled to date with an average of 15K GRT per subgraph.