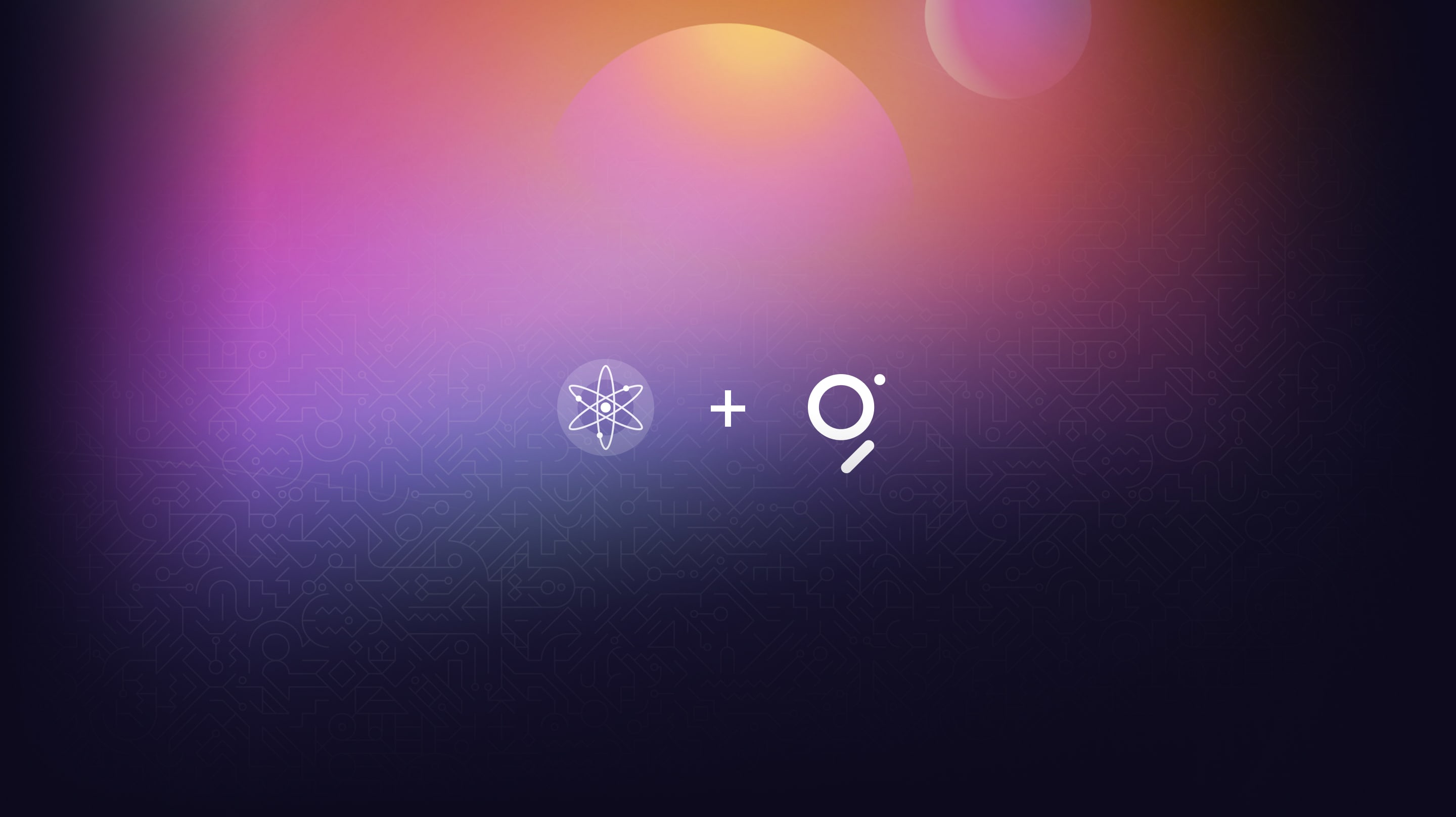 The Graph ecosystem continues to welcome web3 developers building applications across a spectrum of blockchains. As announced at Graph Day 2022, The Graph’s hosted service has completed a beta integration of its 35th chain and third non-EVM network: Cosmos Hub. This implementation, led by core dev Figment, marks The Graph’s expansion into the Cosmos ecosystem and paves the way for many more to come. In fact, beta support for the Osmosis zone in the Cosmos ecosystem is already underway as well!

The Cosmos Hub beta integration started in 2021 and now enables The Graph’s hosted service to index Cosmos Hub data. Thanks to speedy access to data recorded on the Cosmos Hub blockchain, it’s never been easier to build applications on Cosmos Hub. This integration is the latest milestone in creating a multi-chain future by facilitating interoperability between The Graph and the Cosmos ecosystem, empowering dapp developers building on Cosmos Hub to query on-chain data using subgraphs.

What does the integration mean for Cosmos Hub Developers?

With the growth of web3, developers and users are building communities and use cases across a variety of chains. Developers can now query Cosmos Hub data with subgraphs easily using GraphQL. The Graph enables developers to access blockchain data without requiring custom indexing infrastructure or relying on expensive and inefficient data indexing services that employ the value extraction and user monetization commonly found in web2 platforms.

By building their own subgraphs, or open APIs, dapp developers can choose what type of data they index on their own terms. Developers can permissionlessly power applications of any type to populate data into their front ends at blazing fast speeds. For builders interested in learning more, review the docs on creating, building, deploying, and querying Cosmos subgraphs here. Read more or talk to the community in The Graph Discord if you need help with your Cosmos subgraph.

At Graph Hack 2022, developers already demonstrated innovation in the Cosmos ecosystem enabled by this integration. StreamingFast, a core developer in The Graph ecosystem, succeeded in implementing the Firehose for Cosmos Hub, improving indexing for Cosmos Hub subgraphs. Highlighting the speed of iteration, a team at Graph Hack took immediate advantage of the Firehose implementation to build on the Juno CosmWasm, creating a way to bring Juno data into substreams, a recently announced implementation for faster indexing performance introduced by StreamingFast.

The Graph Powers the Future of a Blockchain-powered World

Billy Rennekamp, Cosmos Hub Lead at The Interchain GMBH described the value of the integration:

“The Graph has become a key protocol in the web3 ecosystem, responsible for indexing and querying protocols for fast, and reliable data. This integration between The Graph and the Cosmos ecosystem will help contribute to a multi-chain future, allowing interoperability between The Graph and the thriving Cosmos ecosystem. The Interchain Foundation and The Graph have a shared belief that the future of web3 is multi-chain. Bringing The Graph to Cosmos helps IBC enabled networks to be indexed easily, allowing developers access to blockchain data without having to manage their own infrastructure.”

The Cosmos Hub integration is an important development for the blockchain ecosystem, and enables faster integrations of chains built on the Ignite framework in the Cosmos ecosystem. By making this public infrastructure available, more developers and individuals will be able to participate in and collaborate on the foundational systems that underpin their communities.

The Graph community is always seeking to accelerate the pace of innovation in web3, whilst continuing its mission to organize and serve all of the world’s knowledge and information in a decentralized way and empower developers to build fast on a fully decentralized stack.

The Graph is the indexing and query layer of web3. Developers build and publish open APIs, called subgraphs, that applications can query using GraphQL. The Graph supports indexing data from 34 different networks including Ethereum, NEAR, Arbitrum, Optimism, Polygon, Avalanche, Celo, Fantom, Moonbeam, IPFS, and PoA (and many others) with many more networks coming soon. To date, over 52,000+ subgraphs have been deployed on the hosted service, with 380 deployed on the decentralized network. Tens of thousands of developers use subgraphs for applications such as Uniswap, Synthetix, KnownOrigin, Art Blocks, Gnosis, Balancer, Livepeer, DAOstack, Audius, Decentraland, and many others.

About the Cosmos Ecosystem

Cosmos is a network of blockchains that aims to improve scalability, usability, and interoperability. Cosmos employs Tendermint BFT, a free PoS-based consensus algorithm used for any project. Cosmos offers CosmosSDK (the app layer) and Tendermint SDK (the system and consensus layer) to establish a network of blockchains, giving comprehensive tools to develop a public or private blockchain. In addition, It features Inter-blockchain Communication Interface (IBCI), allowing tokens and data to be seamlessly transferred between blockchains. The IBCI is an interoperability protocol that allows the communication of arbitrary data between arbitrary state machines. Cosmos hub is designed to serve as a bridge between the autonomous blockchains generated within the Cosmos network, known as “zones.” It allows interoperability between the network’s zones by keeping track of their states.