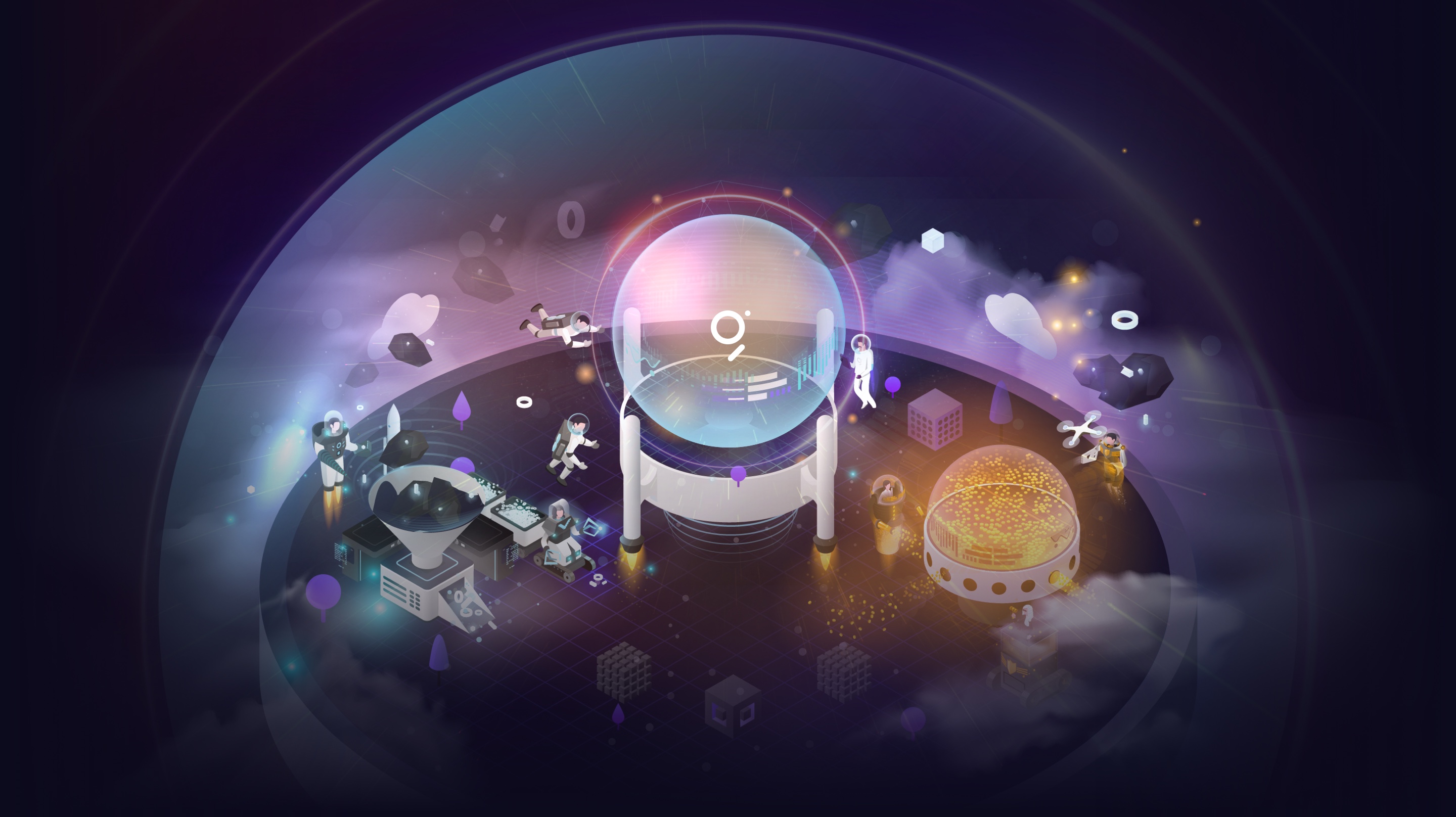 The Graph Network Launches its Mainnet

The Graph Network is now live, paving the way for truly decentralized applications run a marketplace of service providers ensuring that data remains open and that dApps continue to run no matter what.

December 17th, 9am PT – Today The Graph Network launched its mainnet, the first global and easily searchable index of blockchain data. It allows developers to easily search, find, publish and use the public data they need to build decentralized applications, without needing to rely on centralized servers and proprietary infrastructure. The Graph Network dramatically expands accessibility of decentralized applications through public and open APIs, called subgraphs that are used by hundreds of applications today.

It has taken three years of hard work from many dedicated teams to develop The Graph Network and build the community of Indexers, Curators and Delegators and subgraph developers.

Over 200 Indexers deployed nodes in the testnet and more than 1,600 individuals successfully completed the Curator Program to learn how to identify high-quality subgraphs. Since June, usage of the hosted service has grown rapidly, increasing 10x from 1 billion monthly queries to over 10 billion this November. Subgraphs are already used by top applications like Curve, Zapper, Uniswap, Decentraland, PoolTogether and many more. Additionally, with the public GRT Sale, The Graph community has welcomed more than 4,500 Delegators that can contribute to the network by delegating their stake to Indexers. The Graph community members are currently in over 100 countries and continuing to grow.

Project Lead and Co-founder of The Graph, Yaniv Tal says:

“It’s surreal that after years of hard work, our vision for a global decentralized indexing and API layer for Web3 has become real. We really believe in decentralization and the launch of The Graph Network is a major milestone for enabling humans to cooperate and organize in a decentralized way. The Graph is already being used by so many great projects in DeFi and Web3 and with this new network, the crypto community can work together with powerful incentives to take on the traditional tech and financial sectors, to create better systems for allocating resources and creating economic opportunity.”

The Graph hosted service has already supported many applications, but we’re ready to take indexing to the next level. With the launch of the decentralized network, we can build serverless applications that rely on a network of contributors rather than a centralized entity or proprietary infrastructure. This is the future of Web3.

Over the last 6 months, Indexers have collaborated to improve the network, ensure stability and high query throughput. At this time, the network can support 1,000-2,000 queries per second with 99% uptime. This is already a feat and Indexers on mainnet will continue to strive to support upwards of 5,000 queries per second, the current query rate in The Graph’s dApp ecosystem. As the network grows, the number of gateways hosted by third-parties will also increase to serve Indexers globally.

While the network contracts have been deployed, The Graph Network is still in its early days of bootstrapping supply of Indexers to serve queries. For several weeks following mainnet launch, Indexers will continue to stress test and improve performance, before supporting real query volume. This is to ensure that all Indexers feel comfortable with their setup and the quality of services they’re offering.

Indexers will now begin earning on-chain indexing rewards and query fees as subgraph deployments grow. If you did not participate in the Mission Control Testnet and would like to run an Indexer node, join the #Indexer channel in the Discord and read the docs about how to deploy a Graph Node. Remaining protocol components will be open sourced in the coming days.

Users that want to contribute to indexing but do not want to run a node can delegate stake to existing Indexers and earn a portion of on-chain rewards from indexing subgraphs. Delegators contribute to the security of the protocol and are critical for the development of the Indexer community. You can become a Delegator today by staking GRT through the Network Beta dApp.

“The funny thing about blockchain data is that even though in theory everything is transparent and accessible, in practice it has historically been very opaque. The Graph has done great work so far in making smart contract data easy to monitor and use. Subgraphs are powering some of the most used analytics tools in the space - Uniswap being one of them. The design of the new system will attract more developers to build their own subgraphs, leading to better access to information. Once we know more, we can build better.”

Once the supply side is sufficiently robust and Indexers feel stable, subgraphs will begin to migrate from the hosted service to the decentralized network as determined by the community of Indexers and The Graph Council. This process will begin in 2021 and continue for several months, so applications will have plenty of time to familiarize themselves with the features of the network and interacting with the payment gateway. Once subgraphs are live, developers are encouraged to curate on their subgraphs, to signal to Indexers that those subgraphs should be prioritized.

Curators signal on subgraphs and earn a portion of that subgraph’s query fees, thus they are incentivized to curate the highest quality subgraphs. Curators will simply stake GRT on a chosen subgraph, to mint signal along that subgraph’s bonding curve. This curation market ensures that Indexers know which APIs are most critical to the dApp ecosystem. Once production-ready subgraphs are deployed on the network, Curators can signal through the Graph Explorer UI that requires minimal technical knowledge.

GRT has been distributed to all public sale participants - the Original Graphers. Members of the Curator Program have also received $1,000 worth of GRT in rewards and will receive their remaining rewards on a quarterly basis based on their contributions throughout the program. Additionally, Indexers that participated in the testnet have been rewarded between $10,000 to $100,000 in GRT for their immense contributions, time and resources dedicated to making the network a success.

~2% of GRT has also been granted to several Educational Programs and loans totaling ~2.5% have been made to independent ecosystem partners at launch. Vesting contracts for Indexers, Backers, Initial Team, Edge & Node have been initiated. Refer here for further details about GRT distribution.

The Graph Foundation is also endowed with ~20% of GRT supply to support the protocol and steward The Graph ecosystem into the future, under the purview of The Graph Council. As part of its mandate, the Foundation will be distributing grants to contributors building on The Graph. You can apply now for the recently launched Grants Program, that aims to distribute ~1% of total supply in 2021. Protocol Infrastructure, Developer Tooling, Decentralized Applications and Community Initiatives are the current focus.

The Graph Foundation will be working with Edge & Node to build out a production-ready Graph Explorer dApp and Gateway that supports all network contributors. Any individual or third-party can also build gateways, applications or developer tooling for the network. Other parties who want to participate are encouraged to apply for grants or collaborate with other contributors on Discord.

“From the first moment I started working on The Graph I was hooked - here was a way to meet the needs of modern data analysis on top of the decentralized web of the future. Their mission is ambitious: to reshape our relationship to the data we consume. Yet if anyone’s able to tackle such a challenge, it’s The Graph.”

The Graph is an indexing protocol for organizing and efficiently accessing data from blockchains and storage networks. The Graph has been running a hosted service since January 2019 with over 3,400 subgraphs deployed for Web3 and DeFi applications built on Ethereum, IPFS and POA, like Uniswap, Synthetix, DaoStack, Aave, Balancer, Gnosis, Aragon, and more.

Join The Graph community by introducing yourself in the Discord for technical discussions, join the Telegram chat, or follow The Graph on Twitter! Developers building on The Graph are always eager to chat with you, and The Graph ecosystem has a growing community of developers and users working towards the decentralized future.