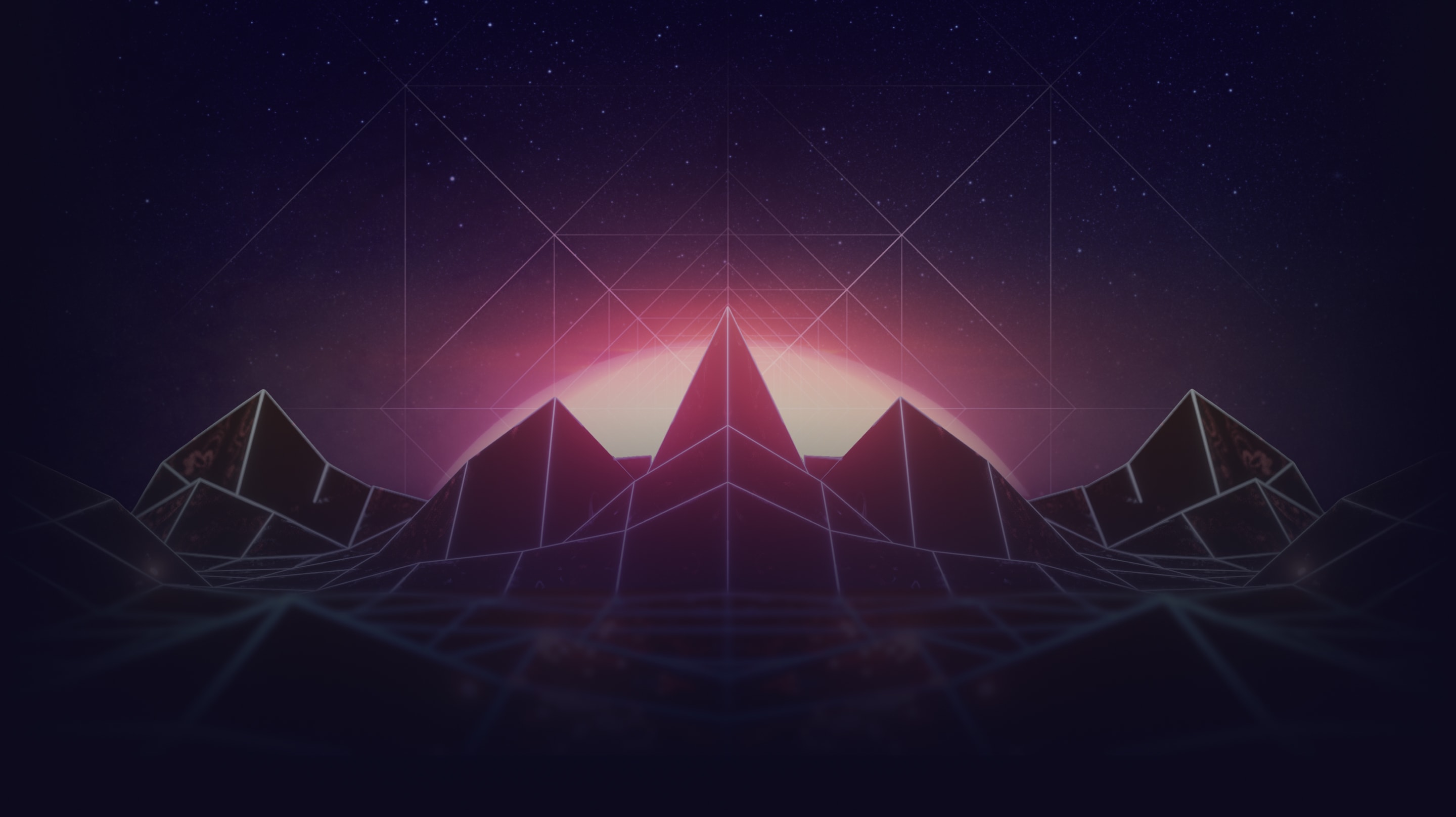 The Graph Network: The Sunrise of Decentralized Data

The Graph ecosystem would not be where it is today without this key principle: Access to the world’s open data should be a public good, not a siloed privilege. Making this vision a reality demands a departure from centralized, closed-source practices that have taken hold of the web over the past two decades. The endgame since the introduction of The Graph in 2018 has been to build a future where all the world’s public data can be accessed by anyone without trust in monopolistic authorities. In other words, paving the way for a vibrant, decentralized future.

Part of The Graph’s journey to full decentralization included the creation of a free-to-use hosted service in 2019. The hosted service was critical infrastructure that proved product-market fit for subgraphs—the open source APIs that power tens of thousands of dapps today.

The Graph Network launched in 2020 and ushered in a paradigm shift for web3, marking the internet’s first-ever decentralized way to access indexed blockchain data. Since then, hundreds of trailblazing developers working on thousands of dapps have adopted the decentralized network. The adoption rate, alongside increasing quality of service and decreasing latency on the network, were among the reasons to announce ending support for the hosted service at Graph Day 2022.

After listening to feedback from subgraph developers and The Graph community, it’s clear that some much-needed nuance was absent from the original announcement and that The Graph ecosystem needed to step up to support developers. This blog serves as an update and clarification for all users of The Graph.

Clarifying the path forward for the hosted service

Subgraph developers will not be shut off from an essential service they rely on in production.

To elaborate (and to make a correction) on the original announcement that estimated the sunsetting of the hosted service to occur by the end of Q1 2023:

Subgraph developers should not be concerned that support for their chain will be arbitrarily or quickly discontinued. Additionally, there is a growing community of support to hold your hand throughout the migration process. Core developers are also continuing to work on improvements to the billing process for query fees, cost of queries, quality of service, and the overall developer experience on the network. The Graph’s core contributors acknowledge developer concerns about migration and are working on solutions to create a more seamless network experience.

Feedback is always welcome via The Graph Discord, The Graph Forum, and by contacting [email protected]. Core devs and contributors are actively listening to users and incorporating changes to suit their needs.

Announcing plans to discontinue the hosted service without addressing user needs or providing an abundance of context was the wrong move. The Graph ecosystem is shifting course to make sure the voices of people depending on The Graph are heard and understood.

The sunrise of decentralized data

The Graph ecosystem is taking steps to deliver on user expectations while also welcoming the vibrant, decentralized future. To achieve this balance, the discontinuation of hosted service support is divided into three transitional phases on a per-chain basis that are dependent on various exit criteria—including but not limited to usability, stability, and core functionality.

Hosted service chains will transition gradually, permitting developers adequate time to familiarize themselves with the decentralized network and migrate their subgraphs.

In order to better support developers, specific dates will not be assigned for each phase in transitioning chains from the hosted service and onto The Graph Network. Addressing developer needs and achieving key exit criteria supersede ending hosted service support. As exit criteria are reached per hosted service chain, that chain will transition in three phases. Look to the progress of the MIPs program to understand when chains are being tested by Indexers, when they become supported on the network and when migrations have begun per chain.

For each hosted service chain, the three transitional phases in enabling support on The Graph Network are:

While Ethereum mainnet was originally forecasted to enter The Sunray phase by the end of Q3 2022, this phase is being temporarily postponed in favor of meaningfully improving the user experience on the decentralized network as soon as possible. Developers and users of The Graph set the quality bar for the decentralized experience—and it is for this reason that:

Ethereum will not begin transitioning off the hosted service until key UX improvements to the decentralized network ship. Hearing the needs of subgraph developers highlighted the importance of redirecting this transitional process to be driven by exit criteria and not dates. Core developers and The Graph Foundation will communicate with subgraph developers when Phase 1 begins.

To stay up-to-date on where chains are in the transition process, consult the hosted service sunsetting FAQs.

Full decentralization nevertheless remains a time-critical core mission of The Graph ecosystem. Delivering on UX improvements to The Graph Network serves as a means to broaden the pool of developers happy to build on decentralized infrastructure, rather than hinder the progress of web3. Developers committed to creating robust, secure, and resilient dapps need not wait to migrate their Ethereum subgraphs—powerful features secured by decentralization are already a reality today. And hundreds have already chosen to level up their dapp by building on The Graph Network.

A special thank you to the champions of decentralization

A huge congratulations to the 500+ subgraphs on The Graph Network today! The Graph Foundation is committed to supporting you in building the best dapps, and very much appreciates that you have joined The Graph’s mission of full-stack decentralization, making the web3 vision a reality. The Graph wouldn’t be here without the developers that put their faith in the team, the core developers, and the entire ecosystem of contributors. All the early migrants that have already joined The Graph Network are pioneers of a better internet, secured permanently by decentralization. These pioneers include Lido, Sushi, Connext, Art Blocks, Yearn Finance, and many more. All the work to reach the fullest potential of The Graph is being done for you as we commit to the vibrant, decentralized future together.

But when put on a level playing field, more and more consumers are increasingly going electric—often simply because they work better.

Likewise, the goal with web3 is to build a better internet that everyone wants to use, simply because it’s better. The Graph is committed to leveling the playing field by seeing through the original vision of a fully decentralized network—an integral part of the web3 tech stack and beyond.

Get started on The Graph Network

Learn, step-by-step, how to migrate your Ethereum mainnet subgraph to the decentralized network.

If you need assistance migrating your subgraph to the decentralized network, you can apply for a migration grant and you can contact [email protected] with any questions.

The Graph Foundation is also supporting new Indexers on The Graph’s decentralized network through the Multi-Chain Incentivization Program (MIPs) program. Read more about the rewards that are part of the MIPs program.

The Graph community is also very active, responsive, and supportive on Discord, where you can join the discussion and request technical support anytime.

Through every phase along the journey to the vibrant, decentralized future, core devs and contributors to The Graph ecosystem will be present, supporting individual developers and the vision of a truly decentralized web that empowers people the world over.

The Graph is the indexing and query layer of web3. Developers build and publish open APIs, called subgraphs, that applications can query using GraphQL. The Graph currently supports indexing data from over 39 different networks including Ethereum, NEAR, Arbitrum, Optimism, Polygon, Avalanche, Celo, Fantom, Moonbeam, IPFS, Cosmos Hub and PoA with more networks coming soon. To date, 63,000+ subgraphs have been deployed on the hosted service. Tens of thousands of developers use The Graph for applications such as Uniswap, Synthetix, KnownOrigin, Art Blocks, Gnosis, Balancer, Livepeer, DAOstack, Audius, Decentraland, and many others.

The Graph Network’s self service experience for developers launched in July 2021; since then over 500 subgraphs have migrated to the Network, with 180+ Indexers serving subgraph queries, 9,300+ Delegators, and 2,400+ Curators to date. More than 4 million GRT has been signaled to date with an average of 15K GRT per subgraph.